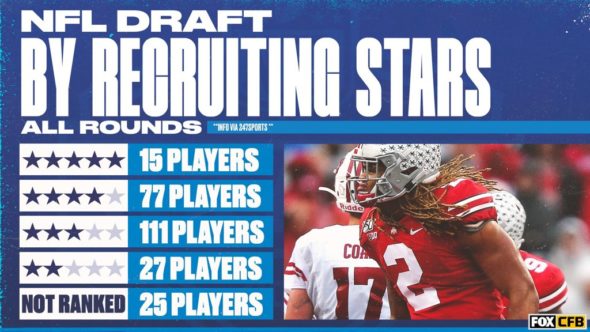 15 players were zero-star recruits in the 2020 NFL Draft.

Jeremy Chinn was a zero-star recruit leaving high school and he was drafted this past weekend in the second round.  The Carolina Panthers landed a player with a huge chip on his shoulder.  Chinn and first-round pick Isaiah Simmons have very similar skill sets.  Both are athletic freaks, both are not afraid to rock a ball carrier and both are hungry.

Check out the emotion after getting drafted by the Carolina Panthers. Chinn was just one of 15 players that were zero-star recruits in the 2020 NFL Draft to be selected. Out of 255 players to be selected that is pretty impressive.

This is the moment Jeremy Chinn learned he would be a Carolina Panther. The raw emotion from @ChinnJeremy2
one of only two non FBS players drafted in the first two rounds and a zero star recruit:#NFLDraft pic.twitter.com/xUVvMTz4c0

While it is impressive that Chinn was a zero-star recruit, first-round pick Justin Jefferson from LSU was also a 0-star recruit. The 247Sports Composite pegged Jefferson as the No. 2,164 player in the country for the 2017 class.

Recruiting rankings mean little once you arrive at college, but it is pretty cool that someone was right when they were breaking down film on the huge pass-catcher from Louisiana.