Darren McFadden arrest video released and it is really scary 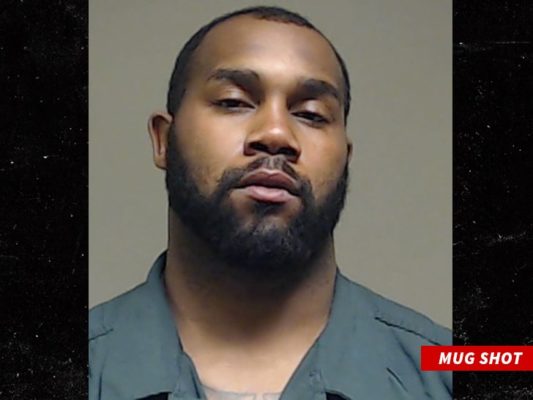 Darren McFadden was charged with resisting arrest and DWI with a BAC reading greater than or equal to .15.

This video was obtained from TMZ Sports.

Darren McFadden was found asleep behind the wheel of a Whataburger drive thru back in 2019.  The cops do everything to wake him up but have bad luck in doing so.  They try to shake the car, and at one point when they shake the car, McFadden’s foot slips off the brake and ends up on the gas. The SUV begins to slide and the officer is able to break his driver’s side window.

The officers were able to get him out of the car, but McFadden begins to fight the cops.  The former Dallas Cowboys running back begins fighting with three officers and they eventually have to tase him to stop.

Darren McFadden was charged with resisting arrest and DWI with a BAC reading greater than or equal to .15.

McFadden played college football for the Arkansas Razorbacks, and was picked fourth overall by the Oakland Raiders in the 2008 NFL Draft. He also played for the Dallas Cowboys.

He finished his NFL career with 5,421 career rushing yards and 28 rushing touchdowns, but will always go down as one of the best college football players of all-time.