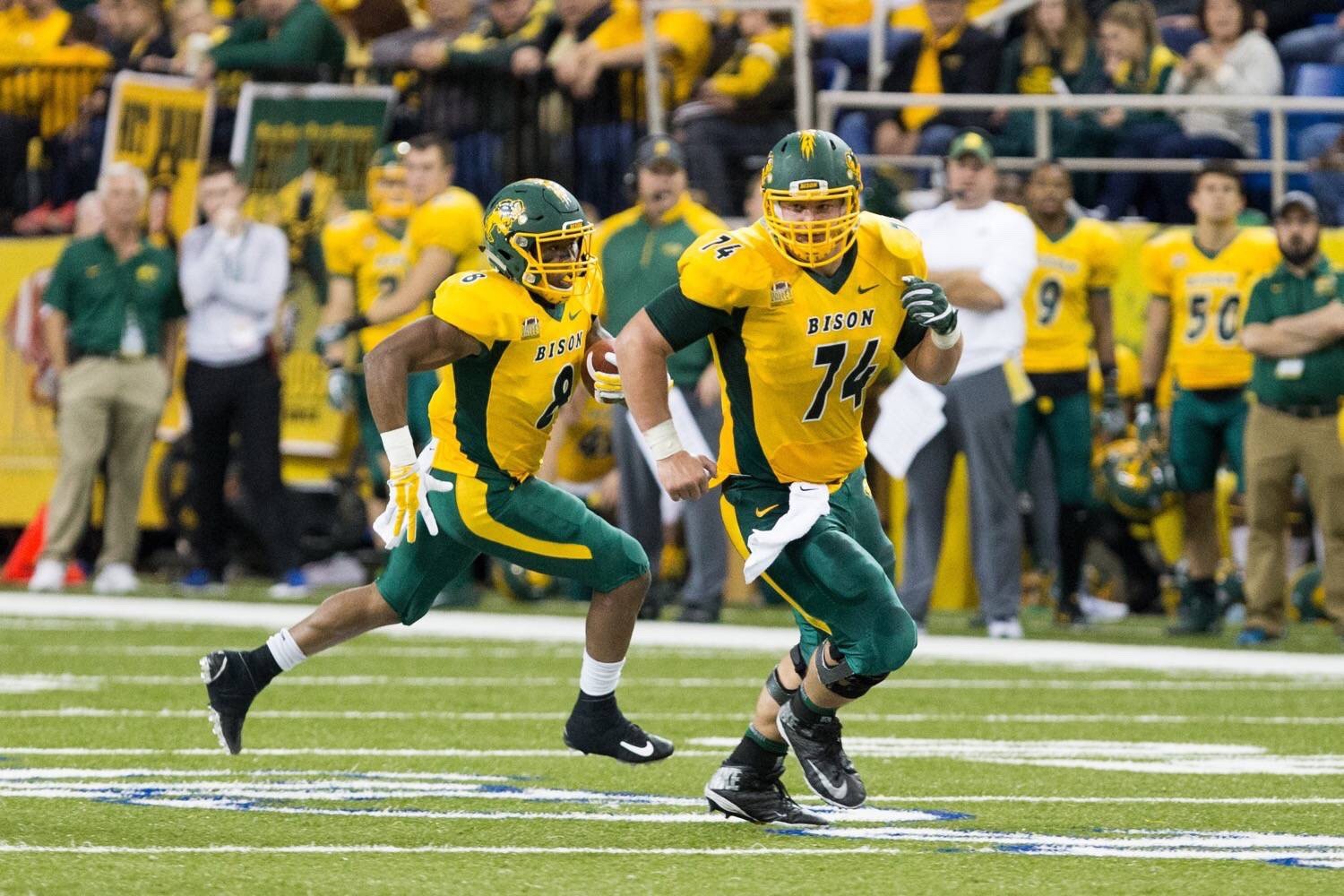 NDSU Lineman Tanner Volson is one of the best run blockers in the 2019 NFL Draft. He recently sat down with NFL Draft Diamonds owner Damond Talbot

•  My hometown is Drake, North Dakota. I love the open spaces and the feeling of community that comes with living in a small town.

•  Importance to me is 1. Conditioning and practicing 2. Strength 3. Film study

•  I worry about being over looked because I come from an FCS school.

•  I failed during my first year in college football and had to work hard and put in extra time to over come coming from a small rural school.

•  My teammates say my best quality is my work ethic and determination.

•  The best player I played against in college was the nose tackle Khalen Saunders from Western Illinois.

•  My career would be a construction manager.

•  I would save a family member because there is nothing more important than family.

•  If I could be a TV character I would be Walt Longmire because he loves the outdoors and he loves the community he serves.

•  My biggest adversity was coming from a 9man football team. It was a challenge adjusting to college football. I over came this by working hard and putting in extra time.

•  My most embarrassing moment was when I wore my shorts backward during a high school basketball game.

•  My most memorable play was during the Youngstown state game of my 2017 season. It was on a QB draw play

•  What song best describes my work ethic is “hands of a working man” by Zane Williams.

•  My most important trait is my work ethic and my determination.

•  If I could bring one person back from the dead it would be Johnny Cash to talk to him and listen to a live song.

•  Most under rated player in the NFL would be Alex Smith

•  I would rather be respected because it mean you have accomplished or did something to earn it.

•  I feel the most for Darius Shepard it did not derail his career but his situation was horrible.

• My parents have been the biggest influence in my life they have pushed me to do my best. The have also been an example of hard work pays off. They have build a company from the ground up.