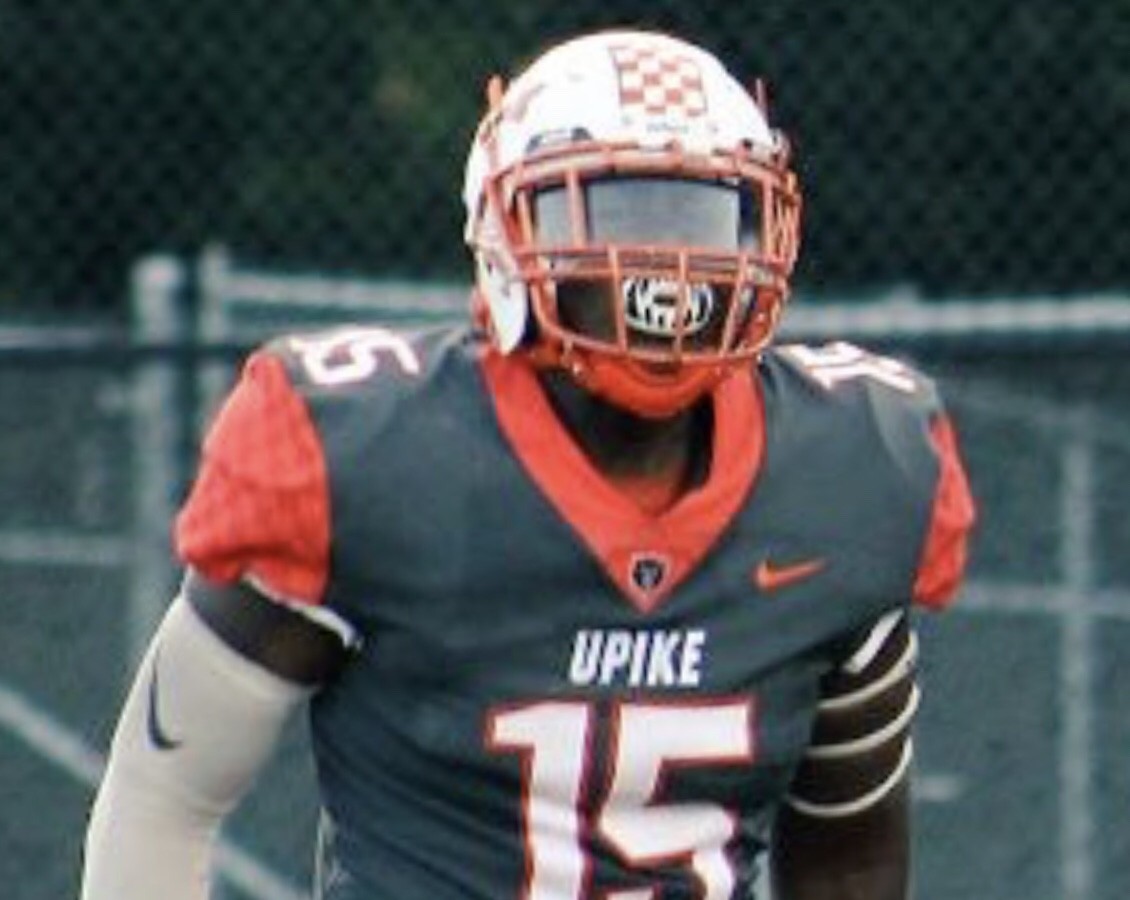 Andre Williams the outside linebacker of Pikeville Recently took time out of his schedule to conduct this interview.

•     My hometown of Louisville, Kentucky is a very beautiful place because it’s got plenty of history and icons that come from Louisville like Muhammad Ali and Ray Allen. What I love most about the city is it’s where my family is.

•     I worry about my grandparents, I’ve always been apart of their lives and I know that have a huge part in raising me.

•     I remember my junior year state wrestling tournament and I lost my first two matches and was done with the tournament. I took it as a point where I couldn’t rely on anyone else to get me on the podium with the top wrestlers in the state. Then my senior year came, I had to prepare my mind and body for my last year and I shook the world and got one the biggest upsets of the entire tournament and I took down the previous #1 ranked wrestler in KY on my way to finally be able to stand in the podium as a first from my school since 2007.

•     My aggressiveness in practice, communication with teammates off the field, and I bring energy and enthusiasm into the locker room every time I walk in.

•     I don’t remember names exactly but Point University’s QB was very athletic in my opinion.

•     I would be a strength trainer because I love being in the weight room and it’s important to know how to lift weights correctly in order to get the right outcome that you want.

•     One family member, family is all we have in this world and I would do anything to save my family life over my own or anyone else’s.

•     I’d be Dr. Strange, it would be amazing to learn wizardry and to use it to help the world be a better place.

•     Biggest adversity I’ve ever had was having the opportunity actually play football here at University of Pikeville as a redshirt. I came here as a freshman with 0 offers and 0 looks from high school so being able to say that I did what people said I couldn’t, makes the feeling even better. Especially if I can get my shot at playing at the next level.

•     I remember I was in 5th grade I was riding rollerblades with some friends down the street, when my mother yelled my name out so loud that it scared me so much I actually made myself slip forward and fall backward in front of like 6 other people.

•     Ability of taking notes and film watching. Learning my opponents’ weaknesses, and even watching film to learn and see what I can do better technique wise on each play.

•     Bernie Mac, he’s my favorite comedian and I know he’d always keep me laughing with all the conversation and stories we’d talk about. When I watch Bernie Mac on his tv show or in any of his stand up comedies, I’m always glued to the tv.

•     Respected, because there’s already a few people on the world that don’t like me so I don’t stress for people’s likes. But if I don’t have your respect, I’ll earn it one way or another.

•     Ray Rice, because personally I don’t see anything wrong with parental discipline when it’s needed. It’s a priority when it comes to raising any child especially bringing up a young man into the world.

•     I hate to lose, I like winning but putting in the work in all week, leaving everything out on the field, and still losing the game. I don’t like losing at all.

•    My big cousin Delvon, he was my brother that I never had. I always loved to spend time with him and ride around in his car with him going to different places and meeting new people. He was older than me by like 6 years, but he helped me with things my mother couldn’t while I was growing up. I still write him letter to this day until he comes back home.