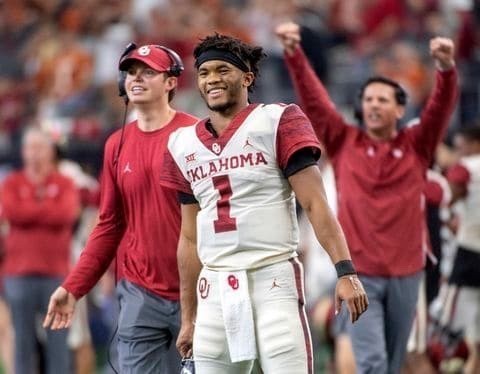 Murray is still Non-commital about his decision but says he’ll make a decision soon. He was asked multiple times and Murray won’t say that he’s chosen football or baseball.

Kyler Murray is a fascinating NFL Draft prospect. His size is his biggest downside, his speed and arm strength are legit, but his love for baseball could end up being the biggest problem. NFL teams are going to want him to commit 100% and they may never get that.