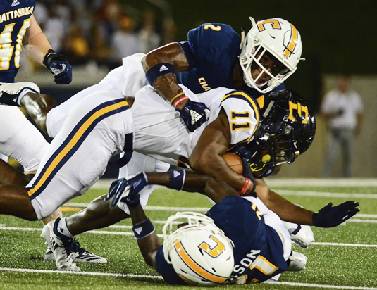 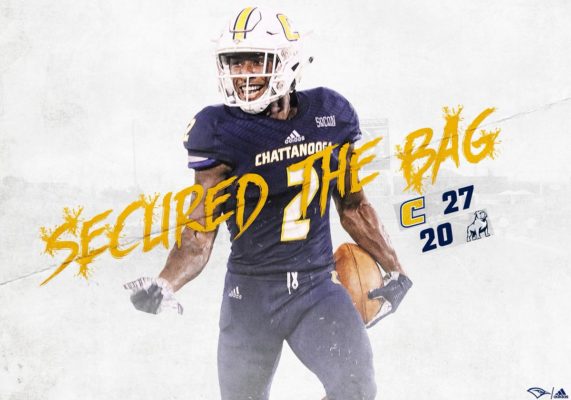 Kareem Orr nickname “ 6 Pick Reem” watching his career film I can see why.

He might not be the tallest corner in this draft but he is definitely not undersized at almost six foot. He is a strong muscular with exceptional vision & ball skills. He is tough athletic with the lateral vertical talent that matches up with many DB’s several inches bigger than Orr.

In pass coverage have seen him play both inside & out with efficiency has the tenacity to play nickel if need be with the long speed along with the confidence to play on the outside. Plays off coverage very well, breaking in front of routes cutting them off for an INT or gets his hands in the way. Quick twitch player recognizing calls and playing the ball making interceptions, batting balls down or sizing up an RB on a screen. He has no problem diving leaping or jumping to break up a play. He is a hardnose defender with a knack for being around the ball.

On run defense/ tackling, Orr is a strong tackler like a scud missile goes low takes out the legs of Relentlessly tracking down players or keeping them in front of himself squares his shoulders using his strength & quickness to bring guys to the turf.  Versatile DB that is a sound effective hitter that can be a stud in run support.

Be great at a slot position or has also played plenty of safety in College. He could play outside but his ability to get out in front of a wideout is tremendous. Has the power & toughness to take down much bigger players like TEs or big backs.   He has the quickness, awareness tenacity to be a special talent in the nickel for the right D scheme. For many years to come. Or be a very good strong safety as well that can stay on the field on all downs.

His Great tackling ability could make him an asset on special teams too. A DB willing to go up and make a big play. Great timing on pass plays as well, as the vision needed in the run game. Can diagnosis plays well and reads the QB’s eyes.

My final summary is that Orr is an athletic quick twitch tough DB that has the speed & versatility to entice many scouts to give him a shot in a camp this spring. I see Orr as a late round or Undrafted Free agent that could make an in=midiate impact both on special teams & adding depth to an already strong secondary. The right DB coach could make 6 Pick Reem a household name.