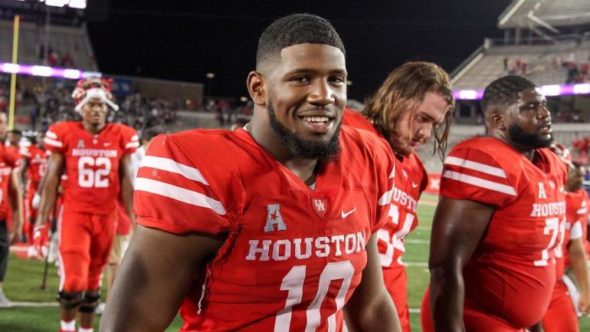 Ed Oliver the junior defensive tackle snapped on his head coach Major Applewhite after being told he had to take off a jacket on the sidelines. The jacket was for players playing rather than just anyone according to the media.

Oliver — who did not return to the sideline in the second half — took responsibility for his part, and committed to finishing off the season strong with the Cougars.

“Last night is not who I am,” he said. “I’m very passionate about the game of football and last night there was a misunderstanding. I was caught in an emotional moment. I have the utmost respect for Coach Applewhite and I appreciate the support of Coach Applewhite and my teammates during this time. I love my brothers, my team and my city and I’m looking forward to moving forward with them together. Go Coogs!”

Oliver, announced this spring that this would be his last season with the program. The 6-foot-3, 292-pound native of Houston is the best player in the nation, and still should be a top 5 pick in the NFL Draft.