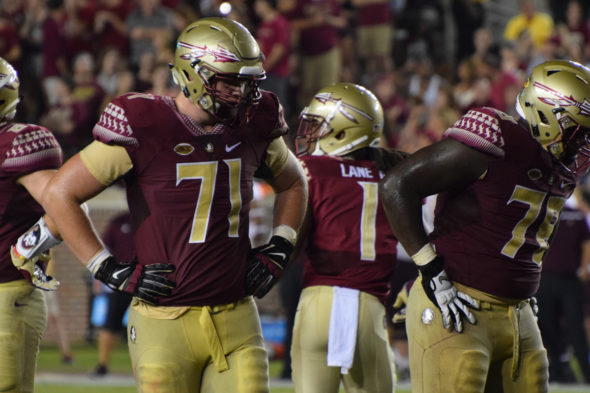 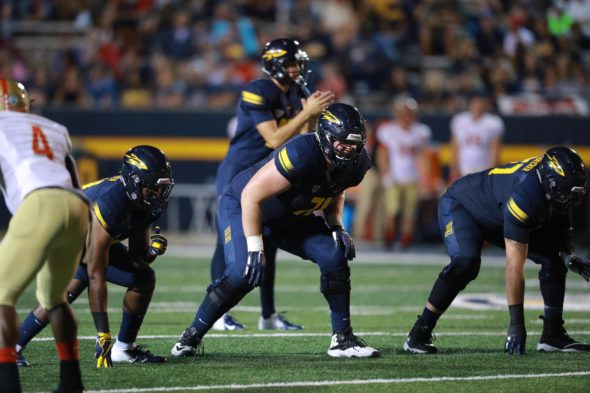 Pro’s Like above mentioned his frame is perfect for the position. Actually a very fit 320 pound man , I know that sounds hard to believe but he is 6 ft 8 mostly muscle upper body mass. He possesses enough power quick enough kick leg to be a good developmental player. Looks for work in the run good punch pull in run game blocking schemes  on multiple levels. Extremely good at protecting the inside which comes in handy on runs up the middle. Rarely see guys get thru his left side while playing RT.

Cons:Leans back a little much in his stance.  Needs to lean forward more use his big body & his natural power more  in the pass game, as pointed out by a fellow scout . Needs to keep a wider base show better balance & lower body power. Minor technique flaws but absolutely nothing that cannot be coached. More of a RT prospect is def much better at right then LT.

In closing OT is becoming one of the most valued positions in the NFL & i see no reason a team doesn’t take a flyer on a OT the likes of Ruble. Some strength training clean up the fundamentals with the right coach and could be a steal for some team most likely as a UDFA. Now a days with the lack of sustainable talent at both tackle positions think he can be molded into a serviceable RT.