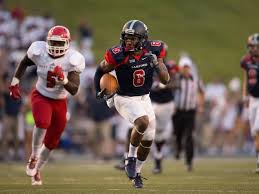 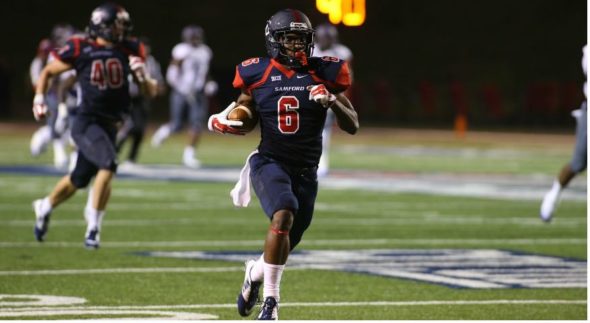 Strictly from what I have seen, Kelvin McKnight could potentially be one of the most underrated small-school prospects in all of college football.

As a WR for D1-AA Samford, McKnight has proven that he can thrive against top-tier talent and compete at the highest level of competition. He is an explosive receiver with impressive speed who rarely drops the football. He loves the deep ball, and is easily one of the best at what he does when it comes to adjusting to the ball and coming down with the catch. McKnight does an excellent job against both man and zone coverages. One of the biggest indicators that McKnight is ready to play on Sundays is his ability to read the defensive coverages and find open holes in the opposing defense. He is football smart, and that is something that scouts are going to love to see during film evaluation.

Another attribute of McKnight’s that I absolutely favor is his ball control, and his ability to make plays. McKnight is one of those players who does not need a top-tier quarterback for him to make plays. He does not need a perfect system, and his most valuable skill is his ability to adjust to bad throws and make plays. He does not let inconsistent quarterback play hold him back. When it comes to making difficult catches, there are few at his level that can even compare.

I would not consider footwork a liability for McKnight, however if he wants to compete at the professional level, yards after catch is one area that could significantly boost his draft stock if improved. One of McKnight’s major disadvantages would be his height. At only 5’8”, McKnight would more than likely be shorter than most DBs that he would go up against at the professional level. However, players like Ryan Switzer, Jakeem Grant, and Cole Beasley have proved that it is not impossible. What he lacks for in height, he more than makes up for in playmaking ability.

McKnight played arguably one of the most important games of his career on September 9th, 2018 against Florida State University where he had 14 receptions for 215 yards and 2 touchdowns. Throughout his career at Samford, McKnight has consistently made big plays against some of the top FBS schools in the country. He has shined against schools like Mississippi State, Florida State, and Georgia, and playing against higher levels of competition is something that he is no stranger to.

I have no doubt that Kelvin McKnight is fully capable at competing at the professional level.

Scheme fit: McKnight would be a great fit at slot receiver, could prove extremely valuable in motions, reverses, and screen passes. Could also provide great depth for punt and kick return. He has great hands, and an impressive ability to adjust to the ball and make catches.