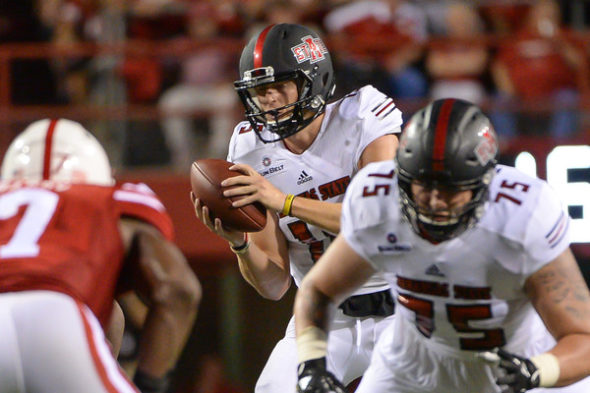 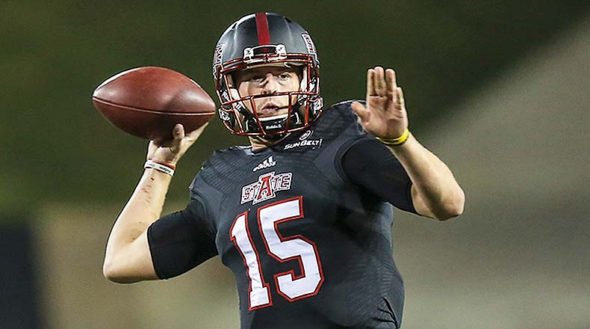 Big QB with a big arm and mobility.

Still raw and doesn’t always look completely polished but has the tools & physical traits for a  chance to compete for a roster spot in the NFL.

Great vision and can look off defenders, goes thru  his reads quickly & see’s the field very well.

Gets the ball out quick and has a big strong arm. Does well on short passes and screens. Does well under pressure and has quick feet and a big strong frame quickness, arm to be a dual threat. He knows when to take off and that part of his game improved in 2017 from the year before.  Could make a terrific QB for a RPO type Offense with his quick feet & release. Can navigate thru breakdowns in the D with his mobility. Does not mind taking a hit when it comes to getting a first down or TD. Scrappy big tough type QB that is not easy to come by guys like Big Ben, Wentz Cam big body guys that can also put it on the numbers.

Throws lasers but has good touch when needed, he also places the ball in good spots for his receivers.  Great arm motion on big passes looks flawless, effortless almost like a pitcher.

Although I believe they can improve his stance and some technique there is no denying this young QB’s ability to throw the ball and athleticism   for a big tough mobile gunslinger.

He already is a recordbreaker at his school and in his conference. Another All Conference year could make him a  player of interest for many teams looking to add depth to their QB room with the potential of grooming a future starter.