What if athletes only stuck to sports, what would the sports we love look like? 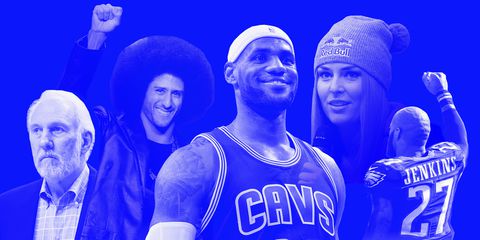 I am told all the time on Twitter to stick to sports.  It pisses me off because there are some major issues going on in the world. While I understand people want to just get away from the politics and religion, I want to know where would we be if athletes were to stick to sports?

“I always turn to the sports pages first, which records people’s accomplishments. The front page has nothing but man’s failures.”

Does that sound familiar?  The news now-a-days only show things in our country and around the world that depress individuals. I can understand them wanting a break from problems going around the world, but why do we continue to just ignore them?  I think the people who say stick to sports are the ones who want to just keep ignoring life’s issues because they think it will magically get better.  What they don’t realize is we are starting to go backwards rather than forwards.

I just want to take a second and ask you a simple question; What would our sports world look like if these athletes were to only stick to sports? 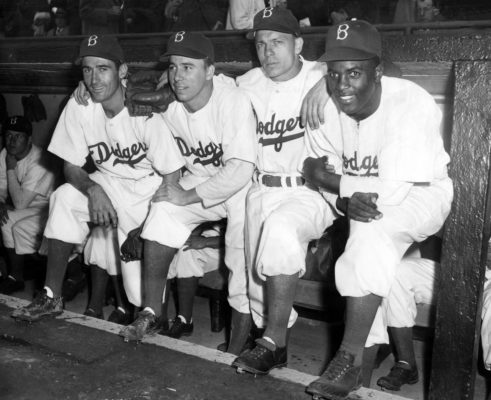 During his first season in the majors, Robinson encountered racism from opposing teams and fans, as well as some of his own teammates. However, the abuse didn’t affect his performance on the baseball field. Robinson played in 151 games, hit .297, stole more bases than anyone else in the National League and was awarded the first-ever Rookie of the Year title. After leaving baseball, Robinson worked as a business executive and continued his involvement in civil rights causes. 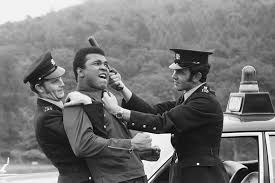 In 1966, two years after winning the heavyweight title, Muhammad Ali further antagonized the white establishment by refusing to be drafted into the U.S. military, citing his religious belief and opposition to American involvement in the Vietnam War. He was eventually arrested, found guilty of draft evasion charges, and stripped of his boxing titles. He successfully appealed the decision to the U.S. Supreme Court, which overturned his conviction in 1971, by which time he had not fought for nearly four years and thereby lost a period of peak performance as an athlete. Ali’s actions as a conscientious objector to the war made him an icon for the larger counterculture generation.

The 200 m winners podium was the stage for arguably one of the most iconic moments of the 20th century.  Both Smith and Carlos failed to stick to sports. As people railed against Apartheid in South Africa and racial segregation in the United States, Smith and Carlos raised their fists to show solidarity with people fighting internationally for human rights. They were booed and forced out of the Games by the president of the International Olympic Committee at the time, Avery Brundage. 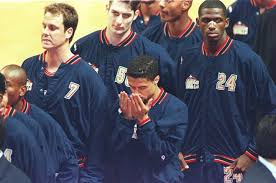 On March 12, 1996, the NBA suspended Abdul-Rauf for one game, citing a rule that players must line up in a “dignified posture” for the anthem. It cost him almost $32,000 of his $2.6 million salary. The players union supported Abdul-Rauf, and he quickly reached a compromise with the league that allowed him to stand and pray with his head down during the anthem. But at the end of the season, the Nuggets traded Abdul-Rauf, who averaged a team-high 19.2 points and 6.8 assists, to the Sacramento Kings. 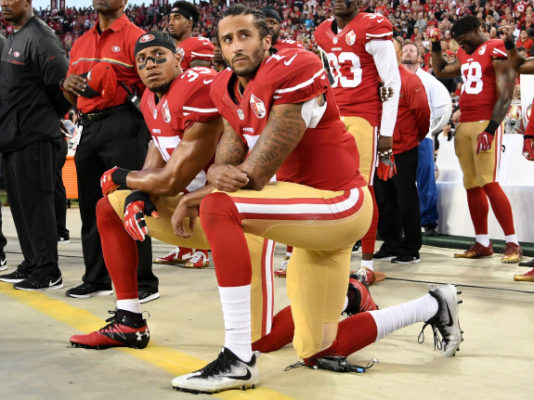 Following the example set by then-49ers quarterback Colin Kaepernick, NFL players who are kneeling during the national anthem say they are doing so to protest racial inequalities and police violence against minorities in America. Some players are choosing to stand but are raising their fists to show solidarity with Kaepernick. This act has caused an outrage around the world. Why does it sting so bad though?

What did all of these cases have in common? An athlete stood up for something he believed in.  Was it the right platform?  I am not going to sit here and say it was, but the media took enough attention to it, that we are still talking about it today.  Did anything change in sports because of these movements?  Yes, tons of positives came from these movements.  Jackie Robinson opened the door for African American baseball players such as Willie Mays, Barry Bonds, and Derek Jeter.  If Robinson quit baseball when he was being called names, what would have happened?  We would have missed out on some very amazing players.  I think sometimes people fail to realize what NFL players are really kneeling for. 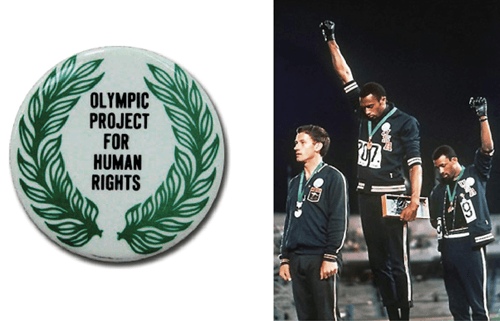 Tommie Smith and John Carlos were so amazing at their protest that the white man that placed third, Australian named Peter Norman, was crushed by his home nation for wearing his OPHR (Olympic Project for Human Rights) badge in solidarity with the two men.  Why do people forget about Peter Norman? People forget that although he did not raise his hand, he stood with them. If he would have raised his fist with the others, what would have happened when he returned home?  If they vilified him for just wearing a patch imagine what they would have done if he stood with his fist raised?

Muhammad Ali and Mahmoud Abdul-Rauf both stood up for religion. They were crushed because it was not the popular religion at the time.  Muslims and even Nation of Islam members still to this day have problems in everyday living. Media has portrayed them as evil, because a group of crazies who do not promote what it says in the Quran.  Both were athletes who stood up for something they believed in and both won.

I have people in the community, people I work with and even people at church crush Colin Kaepernick.  I have heard people who believe in the same God I do say things like Kaepernick is a N*&%r and they are glad that he is without a job.  I want you to look at that statement and try to tell me there is not a problem here in the world.  What makes Kaepernick such a bad guy? I want to know who he violated to become labeled as a criminal, scumbag that America despises. Let me put this in a different perspective. 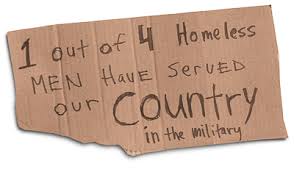 What if the players were kneeling for the homeless vets who are sitting on the side of the streets because their country forgot about them, would we be shaming the players for kneeling? Would there be so much patriotic backlash?  I am asking the question because I feel it is sad we can take care of another country yet the land of the free and home of the brave cannot even take care the brave who sacrificed everything to keep us free.  I want to know if you think this would be a problem. If you say you would not be upset if they were kneeling for the men and women who sacrificed it all for us, then you are no better than the man who says he believes in God calling Kaepernick a derogatory name.

I feel having a platform like sports is powerful.  Sports figures should not stick to sports, because there are issues in this country that need to be addressed.  Is racism still real?  If you feel racism does not exist, shame on you.  Is police brutality real?  If you feel police are always right, shame on you.  If you feel African-Americans are not stereotyped because of their skin color, shame on you.  Shame on you if you want to look past the problems, because you do not feel the same way.  When I was a high school student,  we had to debate topics. They may make you feel uncomfortable, but in the end you could see positives and negatives to the argument.  You cannot debate in America anymore.  People are too sensitive to talk about subjects, and they resort to fighting rather than just listening. 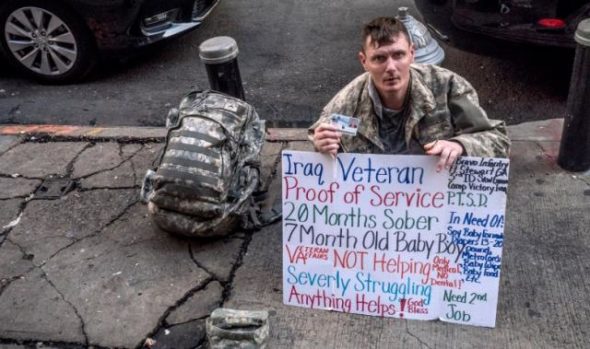 I want to bring up the man being crucified for taking a knee and I want you to read his quotes from his press conference the first time he kneeled in the game. I think you can take something away from it if you dissect the words.

“I’m going to continue to stand with the people that are being oppressed. To me, this is something that has to change. When there’s significant change and I feel that flag represents what it’s supposed to represent, and this country is representing people the way that it’s supposed to, I’ll stand.”

“I have great respect for the men and women that have fought for this country. I have family, I have friends that have gone and fought for this country. And they fight for freedom, they fight for the people, they fight for liberty and justice, for everyone. That’s not happening. People are dying in vain because this country isn’t holding their end of the bargain up, as far as giving freedom and justice, liberty to everybody. That’s something that’s not happening. I’ve seen videos, I’ve seen circumstances where men and women that have been in the military have come back and been treated unjustly by the country they fought have for, and have been murdered by the country they fought for, on our land. That’s not right.”

Colin Kaepernick says something at the end of his quote that hit’s home to me. 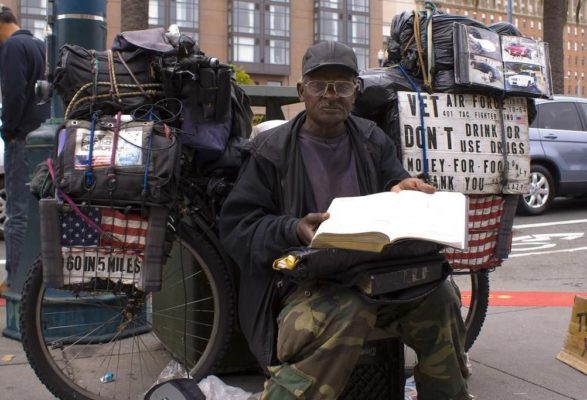 He said: “I’ve seen circumstances where men and women that have been in the military have come back and been treated unjustly by the country they fought have for.”

I want to take that quote right there and ask you patriotic fans something. Do you agree we have men and women who fought for our country being treated unjustly by the country they fought for?  IF YOU SAY NO, then you just want to argue.  Take a Knee or speak up, but do not keep letting things happen around you and you look the other way.  Talk about the problems, stop hiding behind them.  To the men who did not stick to sports, THANK YOU. To you haters that tell me to stick to sports, keep hiding in your fear closet.  When you want to see we have issues, I encourage you to stop sticking to sports and address the damn issue.  God Bless You All and God Bless America!