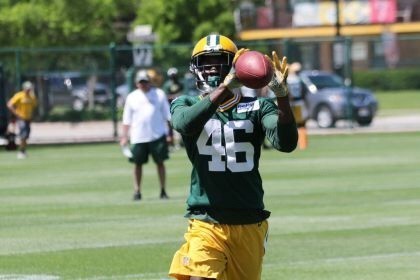 We are learning that Raysean Pringle has passed his physical and will sign with the Oakland Raiders.

Pringle was part of practice squads in Jacksonville and Green Bay as an undrafted rookie. He played running back and wide receiver at Southern Utah.

Pringle also had a short stint with the Detroit Lions.

Prior to 2017, Pringle was actually an offensive player in college. As a running back for the Southern Utah Thunderbirds, Pringle had 116 career rushes for 686 yards (5.9 YPC) and eight touchdowns. He was also occasionally used as a kick returner, posting 15 returns for 295 yards (19.7 avg.) and one touchdown.

Pringle maybe a bit inexperienced at cornerback but he is a versatile player who can play Special Teams.