Last night players protested and Trump once again commented; One player commented back 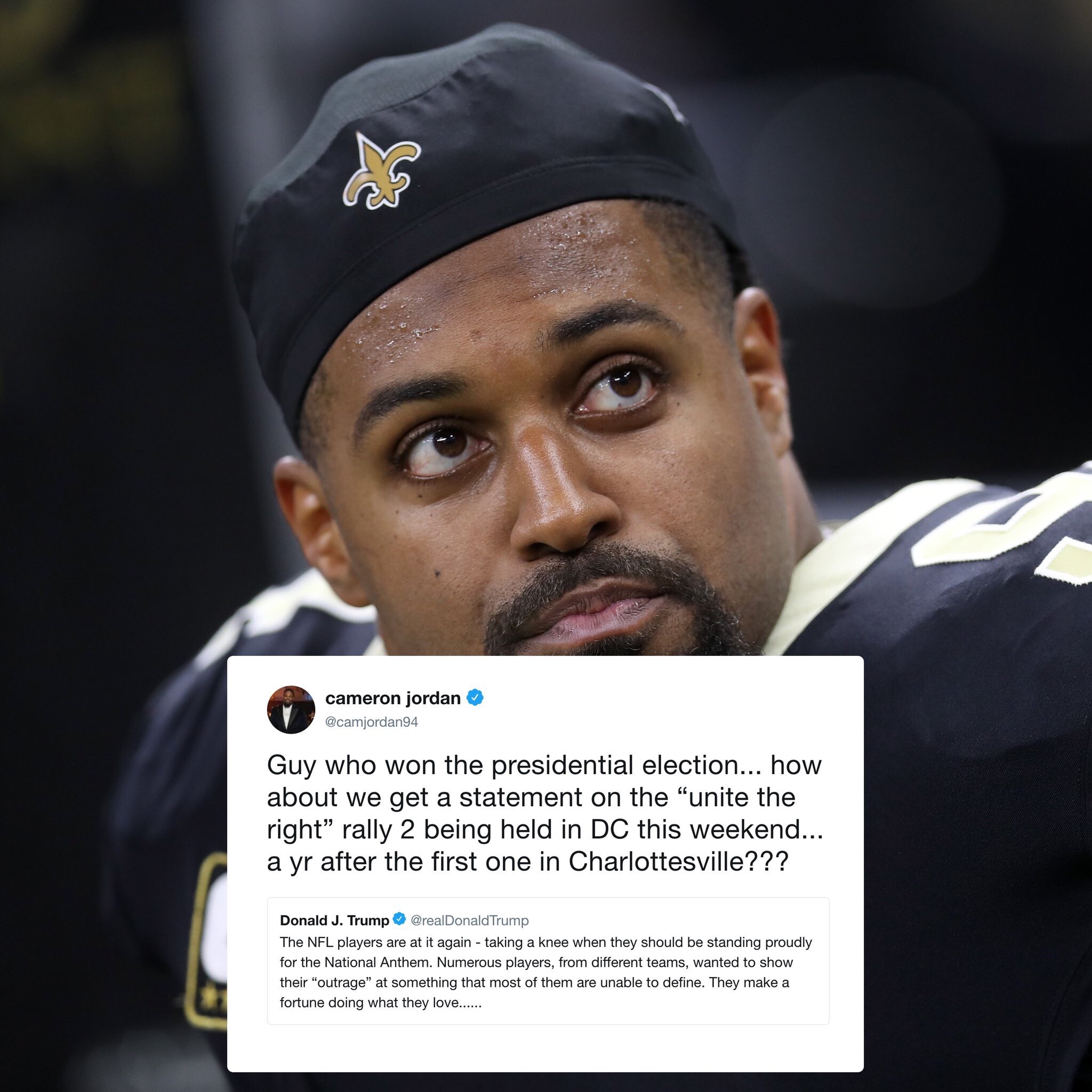 Last night, several players around the NFL protested the National Anthem. Guys like Malcolm Jenkins and De’Vante Bausby both held up their fist, while others like Albert Wilson and Kenny Stills kneeled. Several players stayed in the locker room while the Anthem played, and you bet your president made a comment early morning on the protest.

The NFL players are at it again – taking a knee when they should be standing proudly for the National Anthem. Numerous players, from different teams, wanted to show their “outrage” at something that most of them are unable to define. They make a fortune doing what they love……

…..Be happy, be cool! A football game, that fans are paying soooo much money to watch and enjoy, is no place to protest. Most of that money goes to the players anyway. Find another way to protest. Stand proudly for your National Anthem or be Suspended Without Pay!

One player did not like Trump’s comments and fired back at him.

Cameron Jordan of the Saints asked why our President was not commenting on the gathering called “Unite The Right” in DC. This is going to be another year of interesting topics and I doubt the players will remain silent.