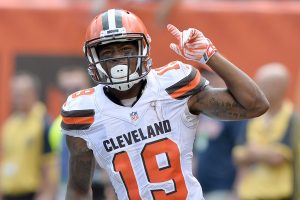 Corey Coleman was traded to the Buffalo Bills last week for a 2020 7th round pick. While many people were not sure why the Browns just gave him away, the former Baylor player sort of requested a trade.

Coleman went into head coach Hue Jackson’s office and asked him why he was on second team. Then he was choking up when he asked Hue to just trade him if they didn’t want him.

Corey Coleman almost brought to TEARS ? when asking Hue Jackson for a trade ? u can see he had NO confidence in himself ?#HardKnocks pic.twitter.com/ELglGKwBar

It is definitely an emotional exchange, what do you think? Did the Browns make the right move?