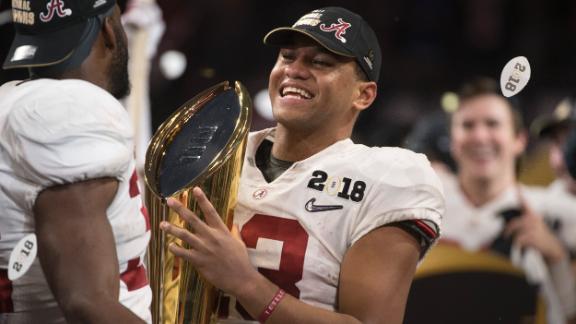 College football is here, and one team who is preparing a little differently than normal is Alabama Crimson Tide.  Alabama won the National Championship last season when Tua Tagovailoa took over for Jalen Hurts and let the Crimson Tide back for an emotional comeback victory in overtime.

This year it is a little different because Alabama is starting the season with not one but TWO starting quarterbacks.

Nick Saban and his offensive staff have often used these opening weeks to settle the quarterback position, moving one player into the QB1 role around the time that conference play starts in late September.

That was not the case last year as Hurts spent the entire season as the starting quarterback, only to have Tagovailoa enter the national title game at halftime and lead his team to a come from behind victory.