While many thought Josh Gordon was 100 percent ready to comeback to the NFL and dominate, it looks he could have taken a step back in his walk.

Browns wide receiver Josh Gordon, who has spent the majority of his NFL career suspended for violating the league’s substance abuse policy, looked all set to start the 2018 season with a clean slate. This morning, however, he released this worrisome statement indicating that he will not be with the team when training camp starts: 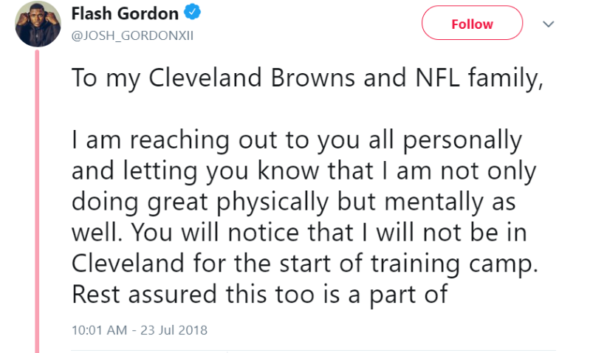 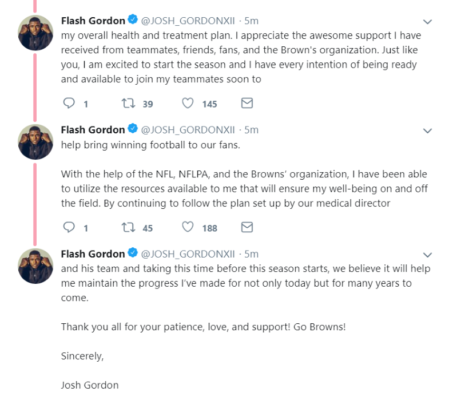 The Browns will place Gordon on the non-football injury list, according to Cleveland.com. According to the report Gordon has not been suspended. He added that there is currently no timetable for Gordon’s return.