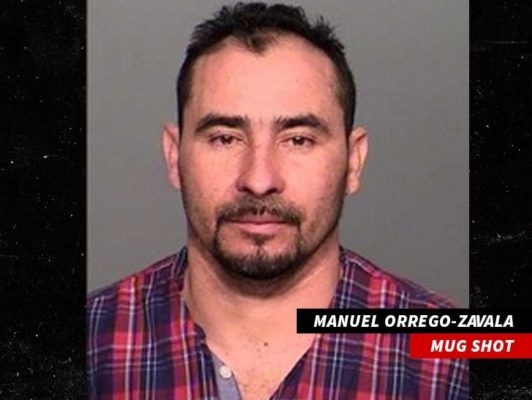 According to the report on TMZ Sports, He faces up to 16 years in prison when he’s sentenced in September.

The former Colts linebacker, and his Uber driver were hit by a pickup truck while they were standing on the shoulder of a highway in Indiana. Police officials say Orrego-Savala was driving the truck. He’s a Guatemalan citizen who had been living in the U.S. illegally.

We remember Edwin as a dog for the Georgia Southern Eagles. Making the Georgia Southern Football Team as a tryout walk-on, Jackson saw action in 13 games as a freshman, and had 10 tackles. He played in 12 games as a sophomore in 2012, collecting 16 tackles and six special teams tackles. Earning the starting middle linebacker spot his junior season, Jackson totaled a team-best 92 tackles, 2.0 sacks and a fumble recovery in 11 games. A highlight game that year featured Jackson posting 10 tackles, including a team-leading eight solo stops in 26-20 upset win against the University of Florida. Jackson was named the College Sports Madness Southern Conference Player of the Week for his performance against the Florida Gators.

In Jackson’s senior year, he was voted team captain by his teammates, and recorded a career-high 100 tackles, which ranked in the top- 10 of the Sun Belt Conference. He was one of the best linebackers that most NFL draft scouts were sleeping on.  We loved him at Draft Diamonds and are still saddened by his passing.

Once again it is a tragedy that Edwin passed so soon. He was such a great person, and a fan of Draft Diamonds. May your family have peace, and may you my friend rest in paradise.