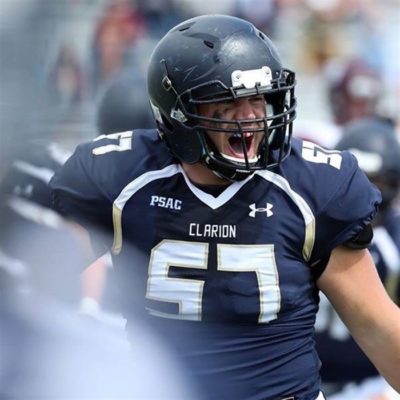 Alec Heldreth is a monster for Clarion. I like this kid a lot. What a solid player!!

I play defensive Tackle, and Defensive End at times.

I play at Clarion University of Pa.

I am from a little town outside of Youngstown, Ohio called Canfield, Ohio.

My role model is a very close person to me who happened to be my position coach in high school. His name is Greg Kerr. He is one of my biggest role models because he shows perseverance in his life with everything that has happened to him. His wife was diagnosed with brain cancer about four years ago and it was a tough time for them. Life became a struggle and things did not go their way. His wife then passed away after a long fought battle, but instead of giving up on everything he became superman. He is raising two young children by himself filling two roles at once. He stepped away from coaching for awhile, but is now getting back into it. He is my role model because he taught me to never give up even though things may not go your way in life.

My favorite teacher would have to be my professor by the name of Barry Sweet. He is an amazing teacher that makes government fun to learn about.

I played soccer, and track until high school.

The toughest player I have ever faced would have to be Billy Price at a summer camp. He had the quickest feet I have ever seen and was so strong.

Layne Skundrich, our MLB. He is absolute animal on and off the field.

Def Leopard- Pour Some Sugar On Me

I would have to grade my  physicality like JJ Watt, but I think I am most like Jamie Meder because of the way he takes on blocks and sheds them.

When I was younger I was diagnosed with a learning disability. It took me almost 10 years to be able to do everything like a normal student. I overcame it by working extra hard and putting towards the effort needed to prove to everyone that I am just like them. 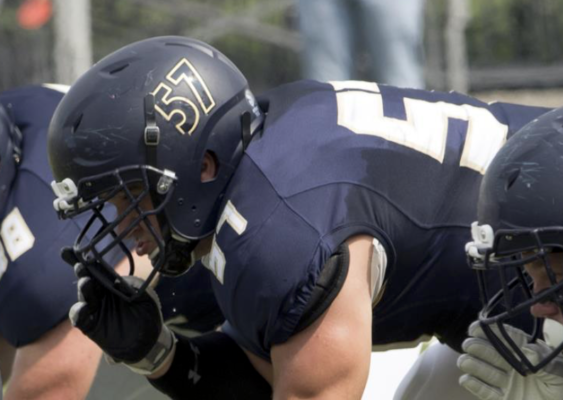 I like to blast the music in the locker room and dance with my teammates. It puts the whole team in the right mindset to go out and dominate.

My most memorable play in college thus far was getting the game winning sack to win against Walsh University my Redshirt freshmen year. It was double overtime.

This past spring I put together a community project for my teammates and I to give back to the community. We collected small items and put them into shoeboxes, and handed them to the local homeless shelter. the items in the box were things like toothpaste, deodorant, shampoo, Razors, shaving cream, etc. The turnout was unbelievable. I was so proud to be able to give back in the way that we did.