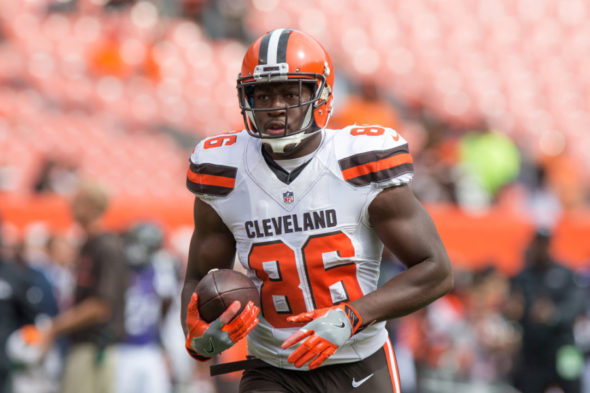 The Kansas City Chiefs have traded reserve linebacker Dadi Nicolas to the Cleveland Browns, according to ESPN Insider Field Yates.

Sources: the Browns are trading TE Randall Telfer to the Chiefs for LB Dadi Nicolas.

In return, the Chiefs have received tight end Randall Telfer, a primarily blocking specialist, from the Browns.

Speculation and predictions have surrounded the Chiefs this offseason about a trade with their former general manager, John Dorsey, who now holds that role in Cleveland.

Nicolas spent the majority of his Chiefs tenure as a practice squad member, but did record one pass defensed in 2016.

Telfer, 25, may not have an easy road ahead, with the likes of Demetrius Harris, Tim Wright, and Jace Amaro ahead of him to be the primary reserve behind All Pro Travis Kelce, but he could flourish in a new environment.

Since being drafted in the sixth round by Cleveland in 2015, Telfer has amassed five receptions for 40 yards.