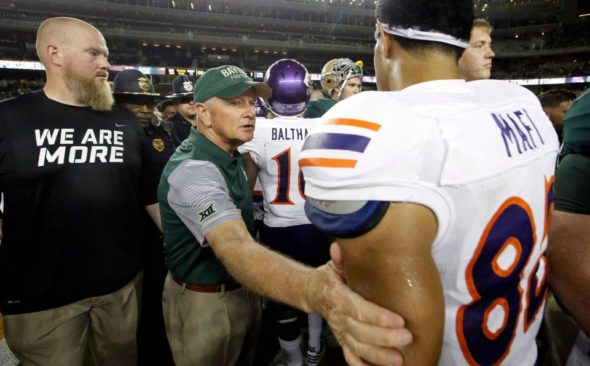 My parents. I owe them more than I can explain. They came here from the island of Tonga, as young teens with nothing, to better their lives and to be able to send money back home to their families. They’ve raised 7 children from scratch. Taught my sibilants and myself valuable life lessons to always work hard and to be a stand up young man with good character.

Would have to be both Ben Ieremia and Ewing Simmons.

Ryan McKenzie CB: my teammate during my Humboldt State tenure that was a competitor. Different type of corner that I went up against and wasn’t used to that was skinny, tall, and lengthy but very strong. He got me better as a player and a wr, each day.

Drake/Lil Wayne: Right Above It

Larry Fitzgerald, he’s not the fastest or strongest player but he plays to the whistle, whether it’s blocking or making a big time catch. He catches everything and isn’t afraid to go down the middle neither.

the biggest obstacle I would have to say was always looking up to my big brother Sam and never giving up on playing football because he had dreams and goals in playing this game but due to his medical conditions it limited the things he could do and ended his career in football. In High School, I felt I was overlooked. I didn’t receive a single offer just received letters and preferred walk ons; however, I felt I had the ability and drive to play at the next level, so I enrolled into San Joaquin Delta Junior College. By the end of my last yr there, my soph season, I became a Junior College All-American Wr and received an athletic scholarship to play at D1-AA Northwestern State University. I would always get texts and calls from my brother before scrimmages and games. He would even text me during half time always telling me not to give up or feel down whether I’m not having a game i wished. I ended up transferring back home after hearing that his heart conditions were getting worse. He didn’t make it. He passed away this past October. It’s been hard not seeing him around but I’m glad I was able to see him before his time was up. I didn’t give up whether life wasn’t going my way. We ended up being the number 2 offense in D2.

Stepping on the field against Baylor for the first time and looking up in the crowds and spotting my parents. 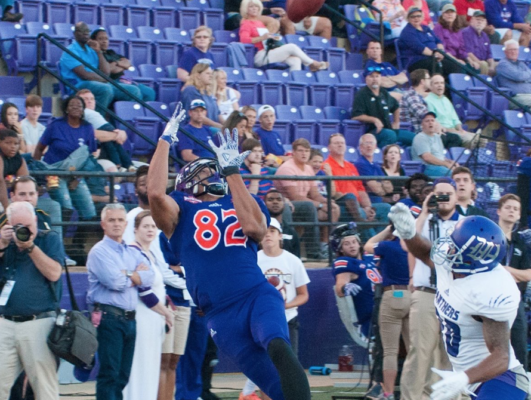 Using my meal plan card to get food/drink for someone that wasn’t able to eat that day or who didn’t have it.