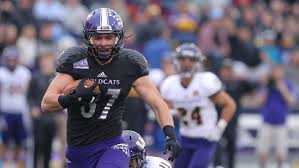 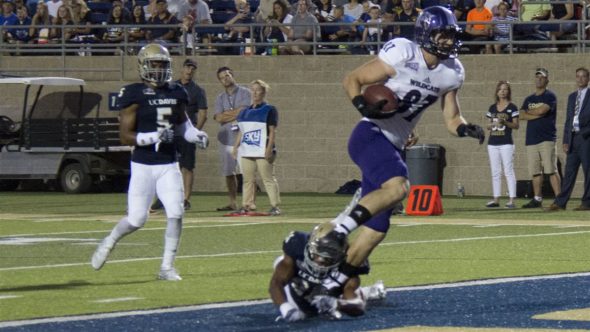 You started your career at San Jose State. While playing football for the Spartan program in 2013-2014, you also played on the basketball team in 2014. What was it like to play both sports while in College?

You were a Communication major at Weber State, what made you pursue that subject?

What is the best part of your hometown, San Mateo, CA?

You earned quite a few accolades during your two-year career at Weber St.: 2-time All-American (consensus 2017), 2-time Big Sky First Team All-Conference, 2016 Big Sky Newcomer of the Year, 2017 team captain, 2017 Big Sky Champion & led the team in receptions & receiving yards in both seasons. With all the success you’ve achieved at the collegiate level, what about your game most translates to the NFL?

Is there a current or former NFL player that you model your game after?

If you could give the 32 NFL teams three words to describe the type of man they are getting in Andrew Vollert, what would they be?