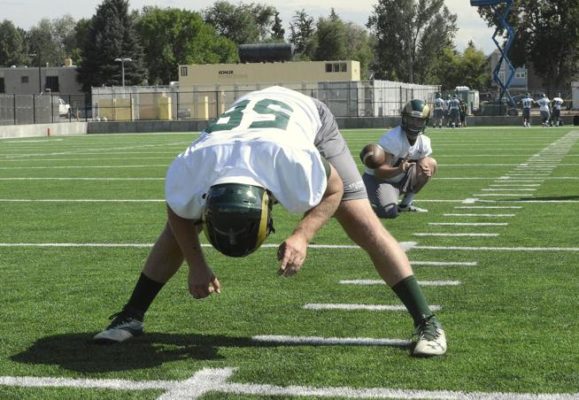 My role model is my father because everything he does has been to help my siblings and me to succeed at whatever we want to do. That is the kind of father I want to be.

Mr. Maio was my favorite teacher. He made science entertaining with all his experiments so we could observe natural phenomena instead of just read about it.

Kaelin Clay was probably the best returner I faced.

Wyatt Bryan, our Kicker. He struggled a bit in his first season, but he has grown into one of the more accurate kickers in CSU history.

Down With the Sickness by Disturbed 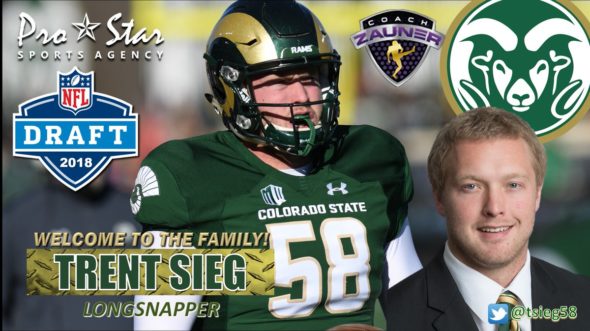 Aaron Brewer. I am about the same height as him and he is a very consistent snapper. You know right where the ball will be every time, and that is what I pride myself on as well.

My biggest obstacle I had to face in my life is probably coming into CSU as a walk-on. I had practically earned my scholarship when Coach McElwain was at CSU, we were just waiting for an extra scholarship to open up. Then, he left CSU to be the coach at Florida, and I had to start earning my spot all over again with Coach Bobo. Thankfully, Coach Bobo was aware of the situation and realized my worth to the team by the time spring ball was over.

I always walk in a figure-8 around the field when we first arrive at the stadium. Then I take a panorama picture of the stadium from midfield.

We were in a close game against Fresno State, and we had to punt from our own 2-yard line. The returner started to break free. I was the last person between him and the end zone, and I tackled him in the open field to save the touchdown.

I was driving at night and saw the car in front of me lose control, hit the ditch, and flip upside down. I helped the driver out of the car. Thankfully she seemed fine, but I called an ambulance for her to make sure she was alright.

My hometown team the Denver Broncos

Peyton Manning and Terrell Davis for obvious reasons. Also, Robert Goddard because he is the father of modern rocketry.