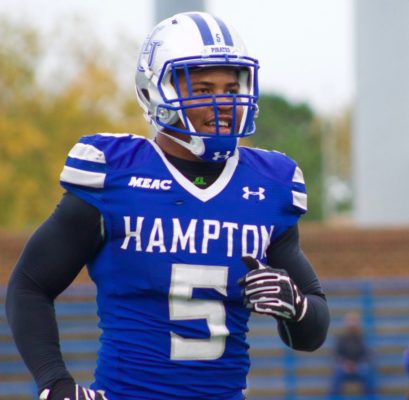 My father, he showed me how to be a man and how to always battle through adversity

Played Basketball for a year and ran track for 2

Sean Lee because we are similar in size and I feel as if he makes a lot of plays off of effort and I tend to do the same thing.

I ended up going to a Junior College where I had to prove myself day in and day out while also having to focus on academics and well as paying rent being that I didn’t attend a National Junior College. I overcame this by staying focus and prioritizing needs and wants. at that point in time I had to make sacrifices but in the end, I was able to earn a full scholarship.

I say a prayer, listen to my music and take one full lap around the field before every game.

I would have to go with two plays that occurred back to back; It was the last two plays of my collegiate career. We were up three points and needed a stop to win. The first play I was able to sack the quarterback who was elusive all game and the ensuing play I had a quarterback hurry that forced an interception to seal the game. 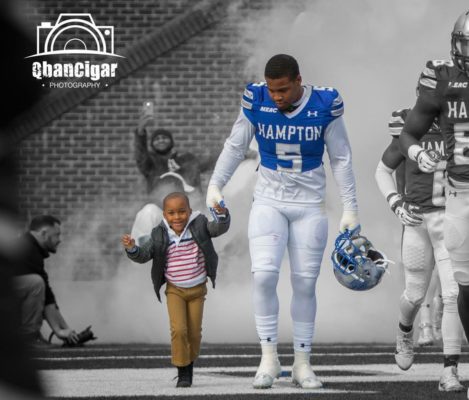 My Grandmother (EDNA), My Mother, and My Father