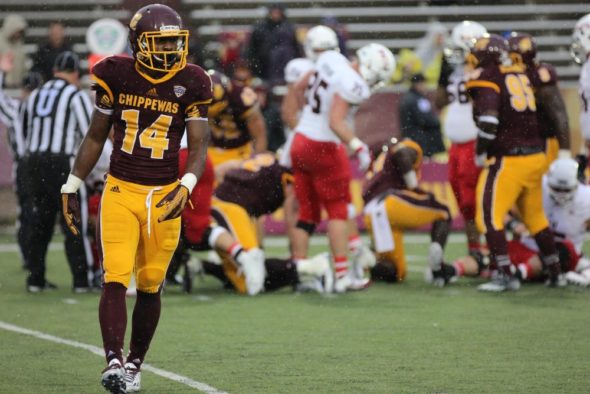 Derrick Nash, he was a friend, brother and football player on CMU’s football team with me. He was fighting a battle with leukemia his entire time in college. However, that didn’t stop him from doing every football lift, running, practice etc. He was one of the most positive people that I’ve ever been around, and even though he had every reason to be mad at the world he wasn’t! He chairs he’d everyone and touched them in one way or another! He taught me to cherish everything and everyone because you never know what life has in store for you. He lost his battle With cancer in 2015.. “I’m smooth as ice, twice as nice, never had a bad day in my life.”

I started playing sports in 8th grade. Mom told me I had to excel in the classroom before I could play any sports

Malcom Jenkins or Micah Hyde, because if you look at his career dating back from college he’s played all the positions in the secondary… where if it was corner nickel or safety. He’s always been a playmaker and that’s what I feel like what I bring to the game. I’m versatile and I’m smart enough to be able to play any position on the field in which I did at CMU‭

Would have to be losing my dad my sophomore year of high school to a heart attack at the age of 49.  I overcame it by playing football. Anytime I did anything football related if felt like I was walking on clouds. Playing ball is my addiction, high, passion, and where my heart lies. That game that goes by like that….. where you make every play, feel like a different person, feels like you know every play before it happens, and you’re in the right place at the right time every play. That helps me overcome my dad passing because it will never be ok but with the game of football I know that it’s the only time it can be ok and closest I can’t get to him. 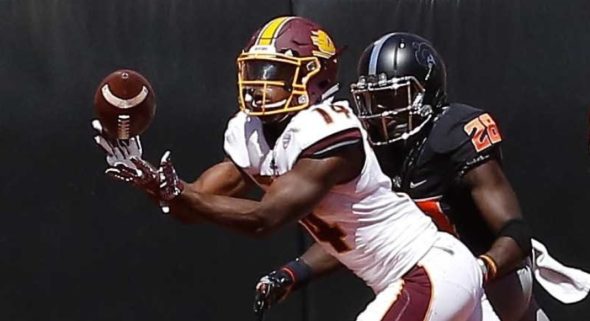 2017 Northern Illinois, sealing the game with a pick on senior night. It was even sweeter because I know what route I was getting….(3×1 double inn 7 route by 3) was like I dreamt it up!