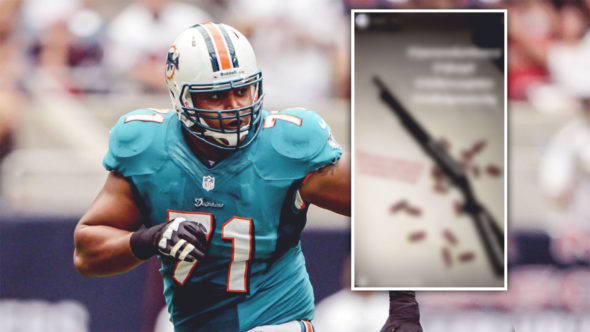 Just last week 17 kids were killed in a school shooting in Parkland, Florida. Since that day people have been talking about gun laws and blaming everything as the problem.  Today a former NFL player and Stanford graduate, yes Stanford was arrested for making a threat against his former teammates, as well as his former high school.

Martin posted this photo on his social media page:

The LAPD does not believe ex-NFL player Jonathan Martin‘s gun photo on Instagram was a harmless social media prank — they’re treating it as a “serious threat” … this according to sources directly involved in the investigation.

Multiple sources tell TMZ Sports … Martin recently purchased 2 firearms — and the gun pictured appears to match up with one of the guns he recently bought.

It sounds very disturbing, I hope someone keeps an eye on JMart, because he sounds like he is fed up and could be suicidal.