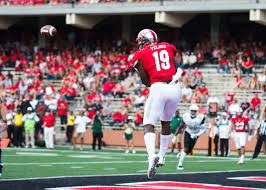 Tyler Higbee because he has taught me a lot and he’s a hard worker with a dog mentality. As well Timothy Gorski, Devin Scott and the rest of Western Kentucky Tight End University and the M.O.B. They each have helped me along the way with different aspects of the game.

Ms. Rebecca Cull, my high school English teacher, because she had an impact on my life by helping when I was in high school coming from a similar background. She opened up to me and pushed me to grow as a person.

Oshane Ximines Defensive End from Old Dominion University. He is physical, wide defensive end that knows how to come off the ball hard with elusive abilities to get to the quarterback.

He is a rising player that is a very gifted tight end that should cause some chaos in the CUSA.

Jason Witten, He knows how to find the open zones and make tough catches.

The passing of a close friend Dewayne Snead and God has him now, and he is safe. He was a close friend of mine who passed away with diabetes. It was hard for me because he was somebody I talked to a lot and played a role in my life as I was growing up. This taught me don’t ever take life or anything for granted it can be taken away before you know it. 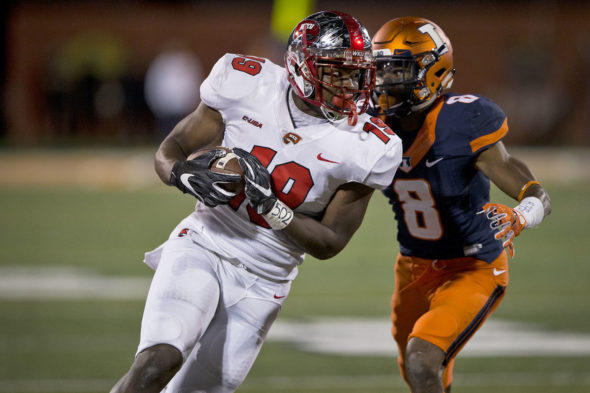 Block XP against MTSU in 2016- 17 season after practicing all week with coach Levine preparing to get one. This was an important game because we needed the win to stay in the race for the conference championship and we won 44-43.

The coolest thing I did off the field was going to volunteer at the bowling green special Olympics and just help cheer them on playing basketball and running track.

Dallas Cowboys I grew up playing for a little league team called the West End Cowboys.