NFL Draft: 3 Wide Receivers the Dallas Cowboys should keep an eye on 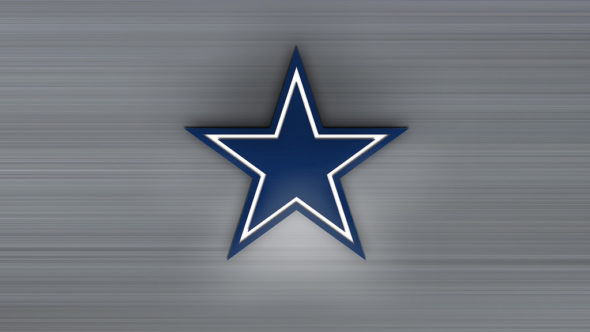 When the 2016 season, had come to a close, (Even with the loss) The Dallas Cowboys, had plenty of reason to be excited about their next year. Fast forward a full season, and the word disappointed doesn’t begin to describe the feeling in Jerry’s world. Housing a slew of talent on the offensive side of the ball, led by second-year standout, QB Dak Prescott, the expectation was for the Dallas Cowboys, to take the next step and run the NFC (East). Obviously, it didn’t happen, and here we are trying to figure it out. Looking at the roster you don’t see a lot of issues, they have a young runner in Ezekiel Elliott, one of the better offensive lines, and a good young QB. Problem is the guys paid to catch the passes. Don’t get me wrong, WR Dez Bryant, has been a star in this league, the problem is he is more known for his rants than his skill set as of late. Cole Beasley is no longer a secret, and teams took him away from the offense, while the backups, leave a lot to be desired.

With the 2018 Draft quickly approaching, it is time for the Cowboys, to find a young wideout, to take over as one-third of the Dallas triplets (Prescott, Elliott, and ?). This year’s batch if players aren’t as stacked as they were in previous years, but there is plenty of talent, that could help fill the hole. Here are 3 player’s that would fit in well, as they do on offense, and could be a star in the making. 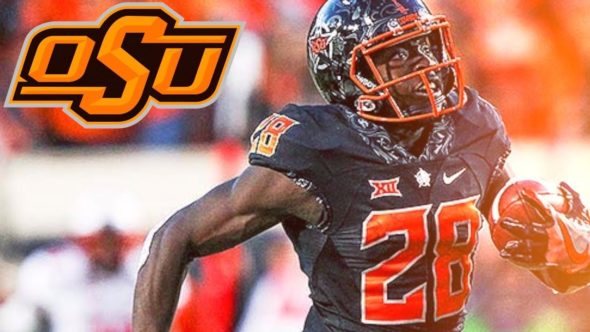 1) James Washington (Oklahoma State)- Let’s start off with the obvious one here. Washington looks like and plays like current Cowboy star, Dez Bryant. He may not have the size (5’10 210) that scouts covet, Washington play’s a lot bigger than his size. With the tools to play inside in the slot and the speed to play outside, Washington possesses the skill set, to be a true number 1. He runs a very good route tree and is capable of getting separation while warding off defenders. He is a thick-bodied prospect, and doesn’t shy away from going over the middle, and taking a hit. Contested catches seem to be his specialty, as he seems to know how to position his body, on defenders. The addition of a player like Washington would be a great first step in helping build an excellent core of wideouts, around Dak Prescott.

2) Simmie Cobbs (Indiana)- Cobb’s is a big bodied (6’4 220), playmaking wideout, with all the tools it takes to be a dominant player at the next level. He may not have gotten the exposure that some WR’s get at this point, but do not be fooled, the kid is a star. He has strong hands, that helps him snatch contested passes, in mid-air. And the sneaky speed to separate at the top of routes, while also being able to find the soft spots in a defense. He is a film nerd and always seems to know what a defense is trying to do to defend him. His size indicates he would best be served as an outside WR, but he is capable of playing inside, in traffic, as he loves to deliver hit’s to oncoming players. Cobb’s would be a great addition to a team looking for another playmaker.

3) Christian Kirk (Texas A&M)- At 5’11 200 LB’, scouts won’t be jumping out of there shoes to go get Kirk, it’s his skill set, that has them doing that. Despite, drafting a similar player last in Ryan Switzer, the Cowboy’s front office would do right by their team, bringing in a player like Kirk. He is everything you want in a playmaker, very fast, strong, and always seems to be a step ahead of the defense. Capable of playing anywhere you need him to be (RB, Slot, Wideout), Kirk is a big play waiting to happen. A true leader on and off the field, he has the tools to be a number 1 WR. He is a thick-bodied prospect, and so be able to handle a more physical load. he can catch contested throws over the middle and has the speed to separate and take a reception the distance. he is a matchup nightmare, as he is too fast to cover on the outside with bigger defenders, and too elusive for LB’s, Safeties and nickel Corner’s to stick with. If Kirk is still there when Dallas hits the podium on day 2 (possibly day 1), they should sprint to turn in his name.