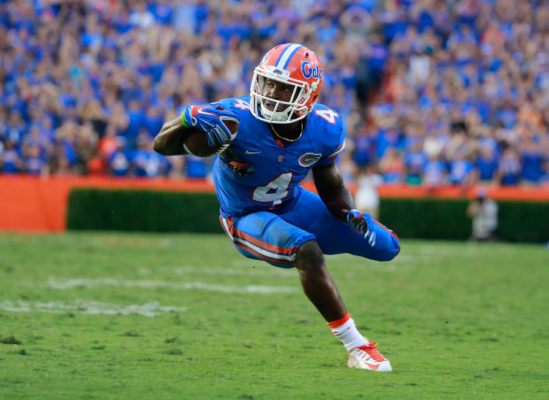 Brandon Powell is a 5’8 185-pound senior, Powell enrolled in Florida in January of 2014. He was named First Team Class 8A All-State as a senior at his high school in Deerfield Beach Florida. Powell was also the Broward County 8A, 7A, and 6A Player of the year in 2013. He totaled 2089 yards that year. 1,339 rushing, 289 yards receiving, and 452 yards on returns with 20 touchdowns. Also had three interceptions playing defense. Totaled 1,180 rushing yards with 13 touchdowns as a junior. Powell was coached by Allen Jackson at Deerfield Beach.

Powell is a versatile player, You can have him as a scat back in the backfield. Or as a wide receiver in the slot as well as return kicks. I see Powell as more of a returner and a slot wide receiver the majority of his duties. Depending on who drafts him he could be used as a scat back. I’m projecting Powell as a 4.45 to a 4.53 40 yard dash. Powell is a play-maker with the ball in his hands with his cutbacks and quick feet in the open field. I think the problems that Florida receivers had was the lack of quarterback play. Overall Brandon Powell is well put together and well rounded as a football player at his time in Florida. 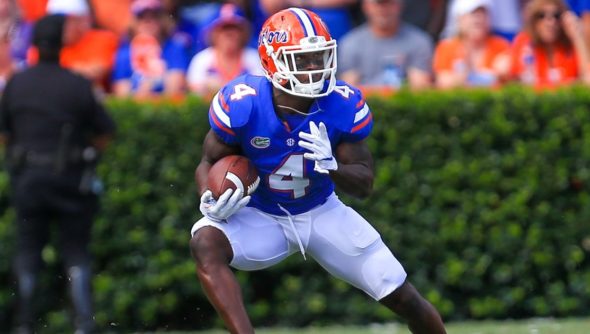 My biggest issue is obvious. He is a smaller player, And that size will hurt him. He will have to show he is a Darren Sproles type of a player and can have that type of an impact on the field. Scouts and coaches may be hesitant to pick him cause they won’t be sure if he will be durable at the next level. I would love to see him gain some more muscle and show that he can be durable and has the strength to perform at the NFL level.

I believe that Powell will be a late round pick to an undrafted free agent. I can see Powell being drafted in the middle to late 5th round at the earliest if he tests and interviews great. That will always push him up a little more up draft boards.