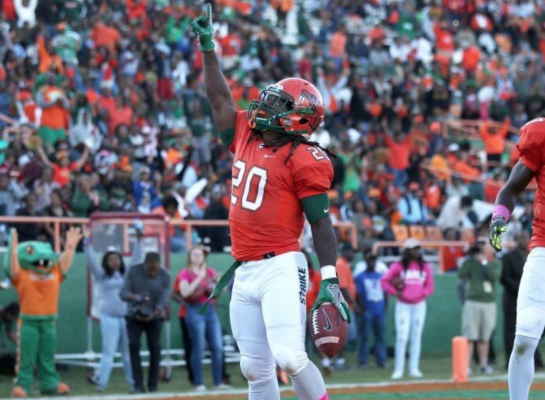 Running back and special teams

My role model is Doug Parker from Delray Beach FL he coached me in high school and we also grew up together. He is very inspirational and he pushed me to become the best person I can be. He doesn’t want me to end up like he did going through this process so he mentors me as one of his own.

Mr.Mcdonald, he was very outgoing and teaches with a lot of energy. He was a biology/Marine Science teacher

The toughest player I had to face in my senior year is a Defensive Lineman from Arkansas #41.

I feel like I am the most under rated in the country!

Music isn’t really a way to get me fired up. Stepping on the football field hearing the band before kickoff gives me the chills and excites me. 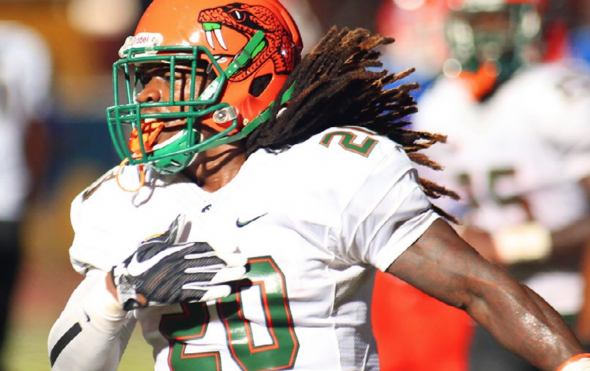 Marshawn Lynch 2.0. I mentioned 2.0 because me and him run exactly the same and tries to PUNISH defenders but the only reason I think I will be better then Marshawn Lynch is because I run down on Kickoff and try to knock returners helmets off. I love how Marshawn plays with so much personality on and off the field and how he gives back to the community.

One of the biggest obstacles I ever had to face in life was giving up my full scholarship at Tennessee State University to transfer back to a Florida school because my little brother was diagnosed with Leukemia Cancer back in 2014. It was hard at first but I’m everything to my little brother, he basically looks up to me. So I transferred back to Florida and attempted to go to FAMU in 2015 but I had a issue with my transferrable credits so I was ineligible to play in 2015 so I sat out just to get my grades back up and even had a beautiful daughter on the way while going through all of this. Spring 2016 I got my AA degree from the JR college I attended and transferred to FAMU to play football my RS Junior Season on FULL SCHOLARSHIP. And just finished my last semester there Dec 15th graduating with my Criminal Justice Degree and now training for the NFL. Having my daughter really opened my eyes on what’s important in life because I’m grinding so much more hard now so she will forever be okay financially in the future. When NFL scouts hear my story they will wonder how did I make it this far.

Prayer is one of my only Rituals

Running down on Punt from Left Guard and knocking the returners helmet off because he didn’t call a fair catch.

Give back to the community by helping cancer patients who are fighting for their life’s everyday. I was throwing footballs, jogging around with them, and talking to them getting to know everyone and their story.

My brother Greg Bryant Jr who passed away last year, Marshawn Lynch just to milk his mind for the love of football, and also my mother because she is a big Inspiration to me.