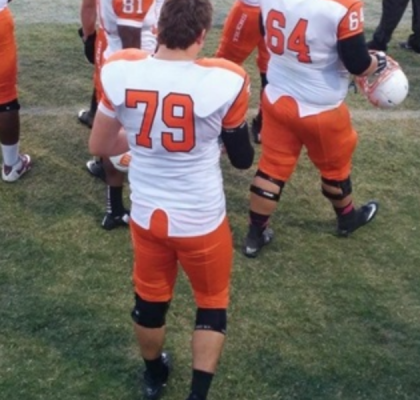 Strengths: Damm has great size for a pro level offensive tackle at 6’7” with the frame to add weight if needed. He is a versatile offensive lineman who has the ability to lineup & play as a left tackle or left guard. He plays with a high motor & a tough nose attitude. At the snap of the ball, he gets a good push & a decent punch on defensive linemen at the point of attack, using his strength & power to get an advantage. In the run game, he can down block a defensive tackle as a guard, and he can seal off & drive a defensive end out of the play as a tackle. In pass protection, he keeps his head on a swivel to pick up blitzes, and he doesn’t get too deep or too shallow against edge rushers with his kick slides. At both the guard & tackle positions, he can pull to the outside, and engage defenders at the second level on outside runs.

Weaknesses: On film, Damm tends to bend at his waist than his knees, which brings up concerns about his flexibility & pad level. When pulling on outside runs, he can get his feet crossed at times. Once engaged with a defender, his feet tend to stop shuffling, especially when moving laterally in pass protection. His hand placement is a concern as well as he tends to place them on the outside rather than keeping them inside. 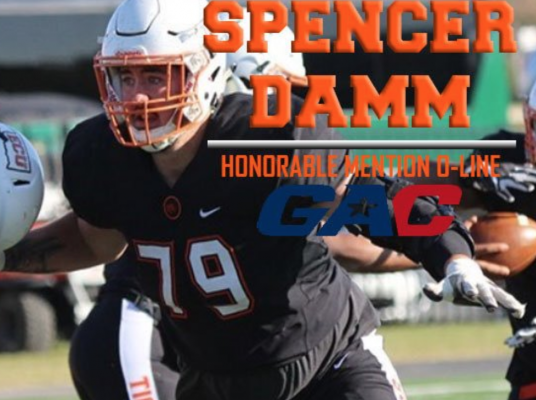 Summary: Damm was a three-year starter on the offensive line for the East Central University Tigers, earning Honorable Mention All-GAC honors in 2017, and was a participant in the 2017 D2 vs. NAIA Challenge. He has the size & frame that coaches look for in an offensive tackle. He plays with a motor & attitude on most plays that anyone would love in a player. As a run blocker, he can down block off defensive tackles, drive off defensive ends, and pull to the outside. In pass protection, he keeps his head on a swivel at all times, and shows good depth on kick slides. Despite his versatility & motor, he isn’t always at his best with bending his knees, his footwork, and his hand placement. He needs to improve on his flexibility, his footwork, and work on keeping his hands inside when engaged with a defender. Going into the draft, I see Damm as a player who can receive an invite to a camp as a free agent guard due to his potential to be developed more against competition at a higher level.