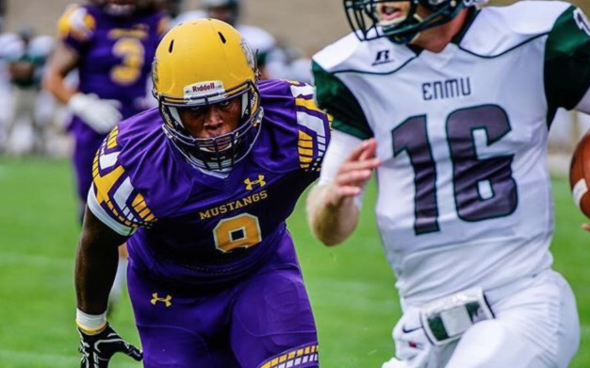 My role model was my uncle and my brother because they were the two men in my life that had the biggest impact and who were the most successful.

Marques Rodgers and Austin Ekeler were the two toughest competitors I’ve ever faced.

The most underrated player on my team this year was our OLB/DE Joe Tito. He played on a whole different level and did not get as much recognition as he should.

Deion Jones because of his ability to make tackles anywhere on the field. His play recognition as well as his ability defeat blocks with a good mix of speed and power at his size.

The biggest obstacle was overcoming my father passing away as well as my mother having a stroke all in the same week. Which subsequently was the same week as my first game of my senior season.

Not many pregame rituals I used to be the real serious one until I got to college then I became that one that is always smiling and laughing. I found out I played ten times better when I’m smiling and having fun. 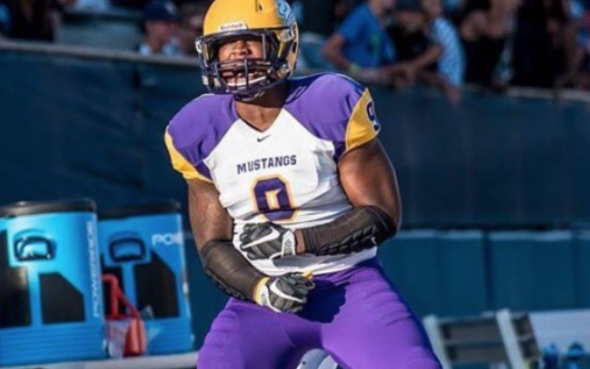 The most memorable play was my first collegiate sack. I was a red shirt freshman and we were playing against University of San Diego. It was 3rd and 7 and my coach signaled the blitz I had just missed one earlier this same game and when I finally caught him it felt surreal.

The coolest thing I’ve ever done off the field would definitely have to be when our team does our annual Christmas gift giving to the children at local elementary schools.