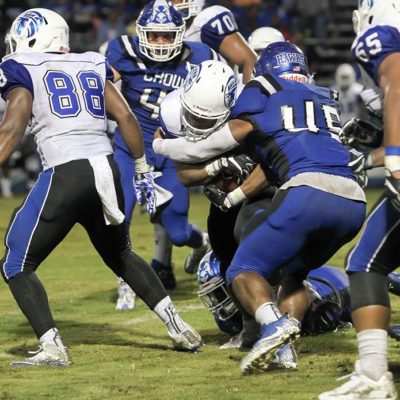 My role model is Walter Payton. I know it sounds odd because obviously he was a running back and I am a defensive player and I wasn’t alive to see him play. The reason why he is my role model is because of the way he played the game. He played it with tremendous heart and will. Also he was a tenacious football player and was fearless despite being undersized. He was a great humanitarian as well. I aspire to be as great as he was but only on the defensive side of the ball.

Von Miller because of his speed and athleticism

Well I’m currently overcoming an obstacle now because in my last two seasons here at Chowan I had season ending injuries. My junior year ended with a torn quad and my senior year ended with a broken forearm. Both injuries were caused by me getting hit by my own teammates. It really hurt me that I got hurt once again in my senior year. Despite the injuries I was still able to make the all conference team in both years. Right now I am still healing from this past year’s injury by trying to stay positive and praying for the best because I believe I can make it to the next level with all of my heart.

I like to relax and listen to reggae music before games. 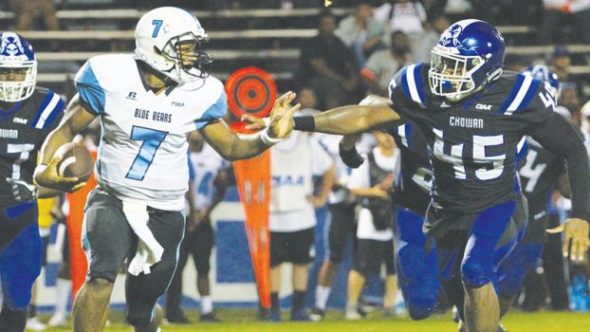 2016, a 3rd and long sack against West Florida very late in the game which helped us win the game.

Helping kids learn the fundamentals of the game of football at our conference’s media day events back in July.