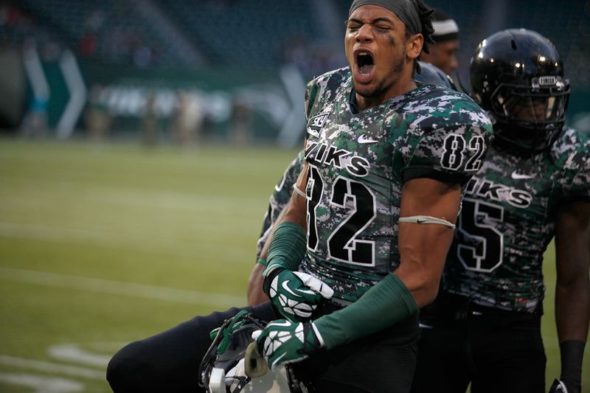 My Mother, she’s been taught me more about life than any superhero or celebrity ever could. I’ve never looked up to anyone more than my mom

Ashley Nicole Browning was/ is to this day my favorite teacher. She believed in me my entire college career, and pushed me even when I didn’t think I could go further. I will forever remember how much she changed my perspective on life

I played football, basketball and baseball from 3rd grade until junior year of high school I did track along with the other three

Colt Lyerla was probably the toughest player I’ve played against.

Davis Alexander is the most underrated player on my team right now. He was the third string quarterback the entire season and threw for over 400 yards in his first start of the season.

My song would have to be Lupe Fiasco- Coming Up

I would compare myself to Larry Fitzgerald because he lets his gameplay do his trash talking for him. He attacks the football relentlessly, and sells out every single play.

The biggest obstacle I’ve had to overcome was being a walk on at a division 1 school out of high school. I overcame it by always believing in myself and worked as hard as I possibly could to make the most of my opportunities. 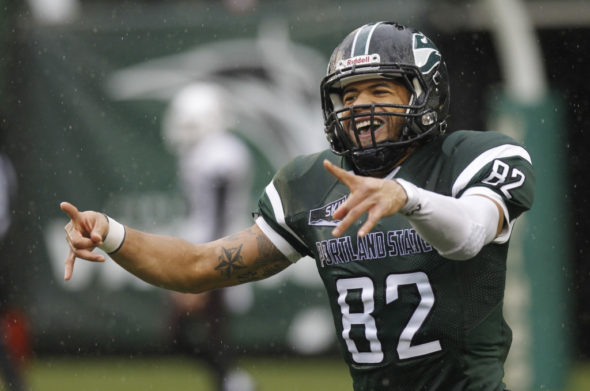 Don’t have any major pre game rituals besides jogging 2 laps around the field before we warm up.

Most memorable play would have to be catching the game sealing touchdown against our conference rivals Eastern Washington in 2015.

I threw a surprise popsicle party for the 6th grade class I was volunteering for last spring term at Boise Elliot Middle School, that felt pretty cool I guess!

Favorite NFL team has been the Atlanta Falcons my entire life.

The three people at my dinner would be Kyle Smith, Tupac and Daniel Boyd