USC QB Sam Darnold has looked bad, and seems to be blaming it on his coach 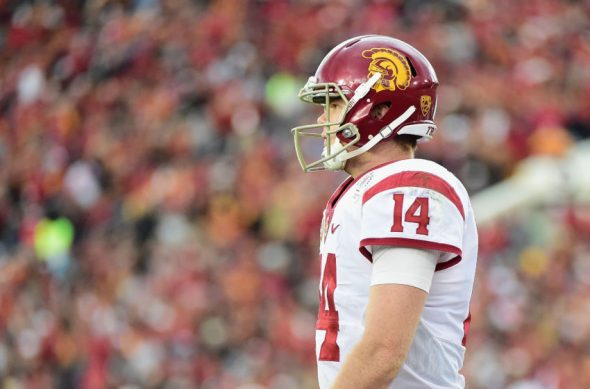 Darnold said this after a 38-10 win this past week:

“I can sense defenses are focusing on some tendencies of ours,”

“We just gotta run different plays, have different formations and motion some guys, get away from our tendencies a little bit.”

That seems like an excuse to me, because Clay Helton the play caller of USC didn’t really care about Sam’s comments saying:

“The hardest critic of the offense has always been me, and right now I like the direction we’re going in,”

That sounds to me like Clay Helton made it very clear he is not trying to hear the ‘Future Franchise Signal Callers’ crying.  Darnold immediately apologized for his comments about the offense.

“I told them that I was wrong, and I watched the film before they called me and just that I was blatantly wrong,”

That sounds like the blame games, something you usually do not hear from Franchise quarterbacks.