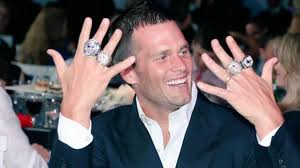 Is Tony Dungy getting old? Could he be under the influence?  The reason I ask these questions is because former NFL head coach Tony Dungy placed New England Patriots quarterback Tom Brady sixth as part of a ranking of the best QBs since 1978.

ESPN.com’s Mike Sando created a panel of 10 former head coaches and front-office executives to formulate the list. Nine of the 10 listed Brady either first or second, with Dungy the lone dissenting voice knocking Brady out of the top two. Dungy had John Elway, Steve Young, Aaron Rodgers, Peyton Manning and Dan Marino ahead of Tom Brady. Sando said this about Dungy’s approach:

“He approached the project as if he were a defensive coordinator drawing up a game plan. Dungy saw skilled passers across the board when looking at the best QBs. He reasoned that those who also were dangerous runners were the toughest quarterbacks to stop, which is why his top three comprised John Elway, Steve Young and Aaron Rodgers. Brady might own the best career credentials, but those other guys presented additional challenges. Not that anyone was going to argue against Brady.”

What do you think? I would say Brady is a top 10, but where is Joe Montana?