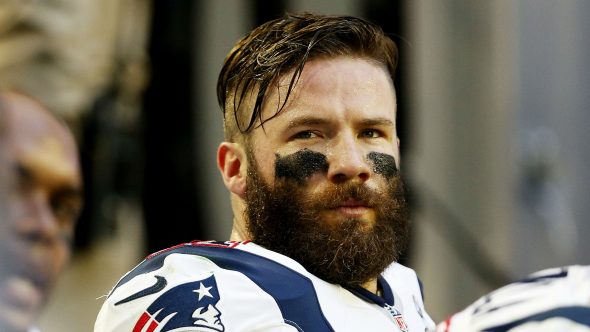 New England Patriots wide out Julian Edelman shared a photo of a letter he received from a former teacher at the College of San Mateo who doubted him back in 2006 for having goals of playing in the NFL.

set your goals high.
do whatever it takes to achieve them. #motivation pic.twitter.com/1eoaG2yp9w

“You made some comment about ‘going to the league,’ and I said something about setting realistic goals, about how few people successfully enter the ranks of the professional athlete, blah, blah, blah,” the unnamed educator wrote. “I don’t think it fazed you, frankly, but whenever I think back on it, I feel terrible, not because you proved me wrong, but because I stupidly voiced an uneducated opinion that implied I had distain for your passion for the game.”

This is great, because we have all likely had someone who doubted us.  I love that he was able to make it and prove his teacher wrong.