Jaguars DE Dante Fowler should be suspended the entire year; MUST LOOK 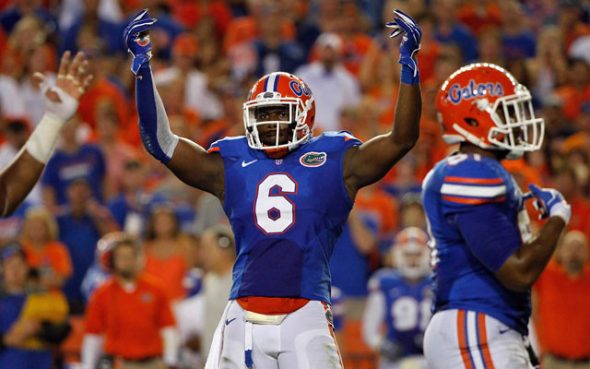 I live in Florida and I follow the Jaguars relatively close because they are close to my home, and my boy Mike Kaye covers their team.

Well today, First Coast News reporter Mike Kaye shined some light on Dante Fowler’s past, and it is concerning.

Fowler has a history of traffic violations, eight since Dec. 2015, spread between Alachua, Duval & Pinellas, per county records. #Jaguars

So Kaye is reporting that Fowler has 10 traffic violations in Florida in less than two full years. For the record, that’s more than double the number of sacks he has in his career.

If that is not enough, Fowler was arrested in Miami Beach previous, but the case was dismissed. This is all new, which no one was aware of.

Then look at his arrest yesterday in St. Petersburg, or the time he sat there and watched his baby mama’s fight. This guy sounds like a real winner. The NFL needs to suspend him.