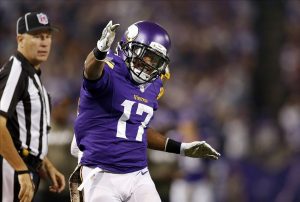 The NFL wants to branch out to the United Kingdom, but with the recent attacks on London, it seems like at least one player is worried about playing overseas.

Jairus Wright and Adam Theilen both have a little concern about the game.

#Vikings Adam Thielen on London terrorism: “It’s obviously terrible. My heart goes out to those people…Scary part is you just never know.”