Marquise Goodwin says he will always be open in San Francisco 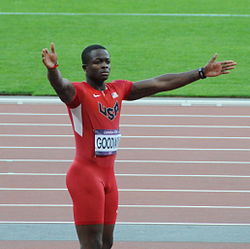 I am one of Marquise Goodwin’s biggest critics, because I watched every game he played in for the Buffalo Bills. Marquise Goodwin when healthy can be a very solid player, he runs decent, yes decent routes, and has suspect hands.  He is super fast, and has the ability to get open easily.  The problem is, the guy was injured for more than 80 percent of his career in Buffalo. Now he is a San Francisco 49er and he feels he will always be open in San Francisco.

“I know a lot better things are in store,” Goodwin said of leaving Buffalo for San Francisco this offseason. “I’m running a lot of different routes that I never had the opportunity to run before. I’m just excited. I’m excited I can assume a different role. People assumed I couldn’t run routes. So when they actually see me run routes, they’re like, ‘Wow, this dude’s fast and he can stop fast and he can run routes, and he can catch.’ It sickens me that people would think I’m just this fast dude who can’t run routes or can’t catch.”

“I’m always open and I’m fast. And I say that in the most humble tone –not to be arrogant. I’m just confident I’ll be open. And I’m fast,” he said.

He maybe open all the time, but you have to secure the ball before you should secure a bag.  The Niners overpaid for Goodwin, just my opinion.