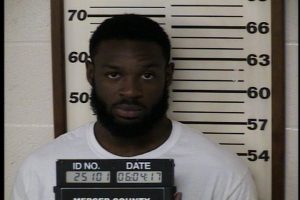 Darrin Reaves has some explaining to do

24 year old Darrin Reaves, a former Kansas City Chief running back, faces two Class 4 felony counts of unlawful restraint and a Class A misdemeanor of criminal trespass to a residence

According to WRMJ, Reaves faces two Class 4 felony counts of unlawful restraint and a Class A misdemeanor of criminal trespass to a residence.

He was arrested by the Aledo Police Department on Sunday. Mercer County State’s Attorney Meeghan Lee says Reaves had a prior relationship with one of the women and both filed order of protections against him this afternoon. Reaves is due back in Mercer County Circuit Court on July 10th.  He is free on $10,000 bond

Reaves was a stud running back at UAB, and has played in the NFL for the Panthers and Chiefs.