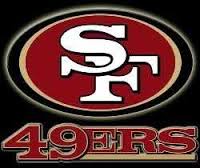 San Francisco 49ers were busy during the draft

The Washington Redskins wanted to add more draft picks, and were hoping to trade down, and they had the opportunity.  They just could not let Jonathan Allen slip by them when it came to the 17th pick in the draft.

According to Peter King of the MMQB.com, who was given access to the 49ers draft room during the draft, the 49ers wanted to move up and get the Redskins’ pick, No. 17 overall. In return, the Redskins would have gained the 49ers’ picks in the second, third, and fourth rounds.

The Redskins declined, preferring to take defensive lineman Jonathan Allen, one of the top-rated players on their board who had somehow slid down to their pick, per CSN.