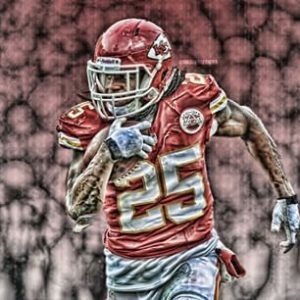 Jamaal Charles was a steal for the Broncos

The Denver Broncos new running back has a little bit of extra motivation.  The former Kansas City Chiefs running back was signed yesterday by the Broncos, and let me tell you it was a very solid deal for Denver.

It was first reported that the signing was for upwards to 3.8 million dollars, but Charles who has been injured recently, was not concerned about money.

The #Broncos have struck a deal with RB Jamaal Charles for 1 year, up to $3.75M, source said

Charles actually received no guaranteed money on the deal. This means the Broncos can cut him loose without paying a single dime.

Base value of #Broncos deal with Jamaal Charles is $1 million & it contains zero guaranteed money. https://t.co/XsjDZW5eUK

The guy signed for 1 million dollars?  Are you serious?  If Jamaal Charles can return to half of what he once was, watch out.  I love when players sign contracts for a low salary then hit every incentive.  That is called earning your money. I believe all contracts in the NFL should be performance based. That way you can get the best out of the players.

Charles will now get to face the Chiefs twice a year since he landed in their division. If the Broncos can get two massive games from him against the Chiefs it was well worth the 1 million dollars.