Steelers owner Dan Rooney dead at the age of 84 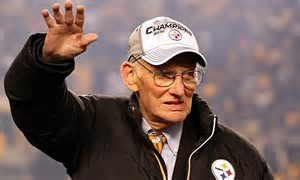 Rooney was best known for his efforts to make the game fair for all minorities.

The “Rooney Rule,” created in 2003, required teams to interview minorities for head coaching vacancies and senior football operations jobs. The rule was expanded in 2016 to include women for executive openings.