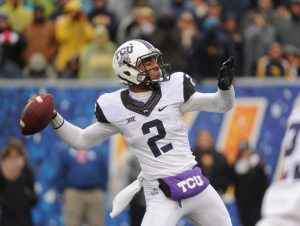 Trevone Boykin was arrested again, this time for violating probation

Seattle Seahawks quarterback Trevone Boykin was arrested Thursday in Texas for violation of his probation, per TMZ.

Boykin was under a one-year probation for fighting police in June 2016. He was then arrested in March for driving under the influence and drug possession. This was guaranteed to happen, because of the crash.  The Seahawks say they are going to stick with Boykin, but at this point, I would be calling Colin Kaepernick.