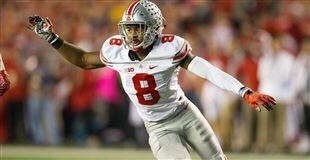 Gareon Conley was about to hear his name called in the first round of the NFL Draft, before a report was released regarding an incident at a Hotel.

I have never performed an investigative report in my life, but I called everyone on the police report. My first call was to the alleged victim. Her name is Brooke as per the police report. All last names are omitted. I called numerous times, and did not get a response back. I texted the phone and no response. So I turned to Plan B. I had to speak to the people that were in the room to find out what happened that night.

Let’s talk about the night of the allegation. On April 9th, 2017, Gareon Conley the Ohio State standout, along with several friends, went out and partied. Conley rented off a section according to the details we gathered at the Barley House in Cleveland, Ohio. Conley sat with friends that he invited, including Myles. Myles, his roommate Tyler (who has never met Gareon before), and Myles friend who will remain anonymous (black female).

As they entered the hotel Lobby, the group of girls and Gareon sat in the lobby trying to figure out what to do next. As they talked over their plans, Myles and his friend the anonymous black female asked Gareon for the room key and walked to the room. Gareon and the girls sat in the Lobby before walking to the room later on. Myles and his female anonymous black female friend had sexual intercourse in the room.

Gareon and the female Brooke showed up at the room and entered. As they entered the room, Myles and his lover, went to the bathroombecause they were naked.

As Gareon and Brooke arrived at the room they were sitting around talking. Soon after Tyler the roommate of Myles and two other men arrived in the room. So at this point there were 3 men, Gareon,Brooke, Myles and his female friend. 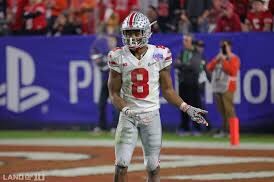 Myles and the female friend were in the bathroom, while the three men lounged in the chair and Gareon was sitting there with the female. The female Brooke began knocking on the door of the bathroom, telling the two inside to open the door, because she wanted to watch them have sex.

Tyler told me he could hear the female saying that she wanted to watch them have sex, but never heard her say that hurts, or stop. He said they were in the bathroom for roughly 3-5 minutes only.

According to Myles, they opened the door and allowed the two Brooke and Gareon Conley into the bathroom. At that time, the female stated again that she wanted to watch Myles and his girl have sex. Tyler and his friends were on the outside of the room and they kind of giggled because their boy went to the bathroom. At that time, the anonymous female said why don’t you give him oral sex, according to Myles. At that time the female Brooke, pulled down Gareon’s pants and performed oral sex.

This story was from both the anonymous female who I spoke with as well as Myles, who were there. All four remained in the bathroom. After Brooke completed the mission, she began to try and pull her pants down. At that point, Gareon was pulling up his pants, and told her he was not interested.

Conley then asked the female to leave the room, his exact words were “You on some trash”. He asked her to leave again. As the four exited the  bathroom, the female Brooke became upset. She turned to Gareon and said, did you just say I was trash? Gareon said you got to go. At that time Tyler opened the door and told her to please leave, because he didn’t want anything to escalate. The anonymous black female told the men she would leave with her since her sister was coming to pick her up. Both her and the white female Brooke both left at that time. As they walked out of the room, Brooke asked the anonymous female what “On some trash” meant. She said she explained to her what it meant, and the female became upset. She told the anonymous female who had her sister coming to pick her up to go in on the police report, saying they were raped.

The anonymous black female told the girl she would not do it. She said because that is not what happened. The female Brooke called the police and told them what happened. After 20 minutes of leaving the room, the Front Lobby Officer of the Hotel called Gareon’s room numerous times, seeing if they wanted the female Brooke to return to their room. Gareon’ told the Front Lobby Officer “No”. About an hour later, the police arrived and entered the room. The asked the men to take their shirts off and began looking at tattoos. Neither Myles nor Tyler had tattoos. Both were sleeping in the room. Gareon had a tattoo on his forearm. At that time the police took statements and asked the men in the room what had happened.

After the statements were taken, Law Enforcement officials told the men that if they needed any more information they would contact them.

All were left alone at that time. None of them have heard anything from anyone until today when TMZ contacted Tyler. They still have not heard anything from Police up until this time. The female who asked to remain anonymous says, “The entire story is BS. Gareon is a good guy; I was there the entire time. I watched everything and he did not rape anyone. Myles stated the same saying the female was probably just upset because she was kicked out of the room. She knew he was a future NFL player. He was talking to people that night and she was there the entire time, hearing him talk. Myles stated that Brooke and Gareon never had sex. Tyler and the anonymous black female agree.

This case will not be known until the rape kit is released. After listening to the comments of the people involved, I would be shocked if Gareon Conley did something wrong. I have been in Law Enforcement for 14 years, and when you interview several people there are always flaws in a story if they are hiding something. All these people had the same story. This could be a case of an embarrassed female who retaliated after getting kicked out of a room. Maybe after performing oral sex and then getting booted from the room, she felt she had to get back at Gareon. What is the best way to hurt him? His wallet. This news could potentially kill his draft stock, and if the Judge and Police withhold the information about the Rape Kit, they would be wrong, because this kids future is at stake.

I have never performed an investigative report, and I am not sure why I began today, but something didn’t feel right about this case. I think this case will pan out very soon, and the sad thing is if Gareon did not rape this woman, the case is basically dropped. He cannot get anything back from the female, at this point he has everything to lose. It is a sad story to be honest, and the laws piss me off, because it seems like every year another player falls victim to the rules.

I am not saying anyone is innocent or guilty, but after hearing the testimonials from the people in the room, Gareon Conley sounds like the victim.

PS. The female was only in the room for about 20-30 minutes.