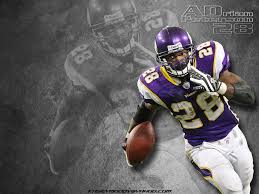 Adrian Peterson to the Raiders would be HUGE

Last year the Oakland Raiders were amazing. They were dominating teams and let’s face it, if Derek Carr would not have been hurt they would have made a run to the Super Bowl this year.

Well I have found a way that they would be in the driver’s seat again. All they have to do is get Adrian Peterson in a Black and Silver uniform.

Raiders have already said they were going to let Latavius Murray hit the open market.  Murray was a good back for the Raiders last year but Adrian Peterson is way better back.  I think Peterson behind the Raiders O-Line would be just enough to push the Raiders to the next level.