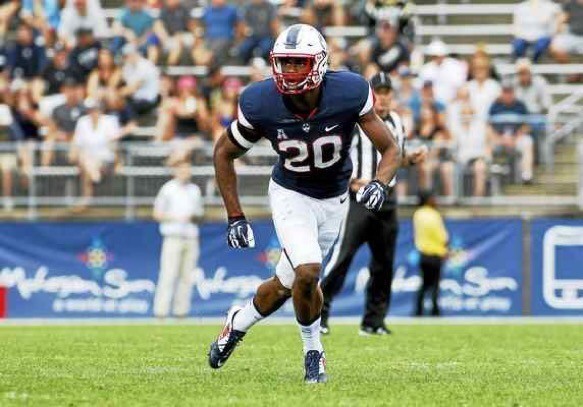 Pros: Has tremendous speed and size for a safety. A freakish athlete. A downhill tackler who can move through traffic, find the ball, and make a hit. Makes play on balls and can make interceptions. On quite a few occasions, he stayed a little far off the intended receiver to then make a play on the ball. Very fluid hips for a safety and can run with anyone. Was used as a single safety and was still able to cover a lot of ground. Can make breaks on the ball quicker than quarterbacks anticipate. During the senior bowl he displayed great man coverage and stayed with whoever he was on. Uses his frame to block out opponents so he can make a play on the ball. Seems versatile enough to play either safety position and still make a big contribution.

Cons: Hesitates sometimes and doesn’t always trust his eyes. Needs to watch for the football and quarterback more often, as it seems he tends to stick his eyes on the receiver. Struggles against play action. Questions as to whether or not his speed made up for his lack of reading plays, so that may be a thing to watch for. His football intelligence has to go up at the next level. Can sometimes get caught watching rather than reacting when it comes to routes.

Overall: Obi may have some growing pains in the NFL, but he has such a high ceiling. He has a rare blend of speed, athleticism, and size; especially for a safety. If he can work on reading the quarterback and making a play rather than hesitating, he will be a huge success in the NFL. Sure, he made some big plays, but you also saw a few times where he would hesitate or not trust his gut and it led to a play against him. Obi has every chance to be a very good player in the NFL.