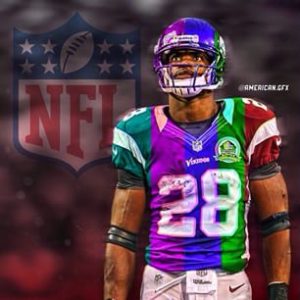 Vikings RB Adrian Peterson wants to win it all in 2017

While I love Adrian Peterson, sometimes his dad is too much.  Nelson Peterson, Adrian’s father was telling the media yesterday that his son has interest from the Seahawks and the Raiders.  He was asked what they like about the Raiders and Peterson’s father was very upfront, but he also took a shot at the Vikings offensive line.

It is true, the Vikings have not put much into the offensive line, while the Raiders have went all in on their O-Line. The Seahawks also suffer from throwing guys on their line.