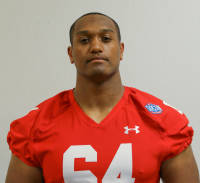 Andrew Lewis is a monster with an NFL frame. This kid is intriguing on film

I am a part of this organization where we go to this retirement home and serve them lunch/dinner on certain holidays. It was cool to do that because I would talk some of the elderly people there and it was cool to hear their wisdom.

My hardest class that I’ve taken was Comparative Vertebrate Morphology.

I am from Snellville, GA.

My role model is my dad because he has taught and continues to teach me about life and helps me rely on my faith in God to guide me.

Besides football, I played basketball in high school.

In high school, I played Tight End. I got converted into an offensive lineman when I was a junior at VMI.

Since I played Tight End for a  majority of my football career, I have good footwork and athleticism for an offensive lineman.

The toughest player that I have faced was Keionta Davis from University of Tennessee Chattanooga.

I think I would compare my game to Tyron Smith because we are both pretty athletic at that left tackle position. He has great footwork and he has a great punch too. I have a pretty good punch at the point of contact and my footwork is good as well.

The biggest obstacle that I have overcame is probably completing the ratline my freshman year here at VMI. The ratline is a 6 month “boot camp” type of training that VMI is traditionally known for. It really challenged me physically, mentally, and emotionally. It was also challenging because while going through this “boot camp,” I had to balance the rigorous academics and football priorities here as well. I overcame the ratline by keeping my faith in God that He would get me through it and also the support from my family and friends.

I do not have any specific pre-game ritual that I do in particular. 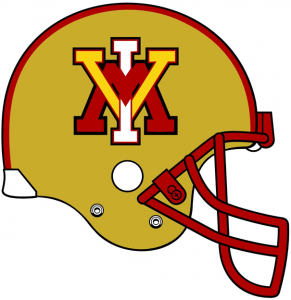 My biggest strength is that I have a great work ethic and I will not give up from any challenge. The ratline definitely taught me that.

My biggest weakness is probably my strength right now. I’m decently strong right now, but I could be a lot stronger than I am now

If I were to sell myself to a GM, I would say that I am a hard working person with a great work ethic. You could count on me to stay out of trouble and do the right thing in an situation that cross my path. I will do my best to compete with the best and to be the best

My favorite player is Ray Lewis and I’ve been a Baltimore Ravens fan because of him. I love his drive and love of the game to be the best

If I could have dinner with three people, I would choose Ray Lewis, Barack Obama, and Will Smith