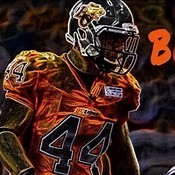 The New Orleans Saints signed two more players from the Canadian Football League today, continuing their pipeline.  The Saints signed Erik Harris last year who played quite a bit for the Saints this year before getting injured.

Hightower, 24, is a two-year CFL veteran from San Jose State. He stands 5-foot-10 and 186 pounds. He intercepted four passes in 16 regular season and postseason games, including two in Grey Cup championship to help the Ottawa Redblacks win the 2016 title, according to NOLA.com

Bighill, 28, is a six-year CFL veteran from Central Washington. He stands 5-foot-10 and 230 pounds. He was a four-time CFL all-star and named the league’s most outstanding defensive player in 2015.